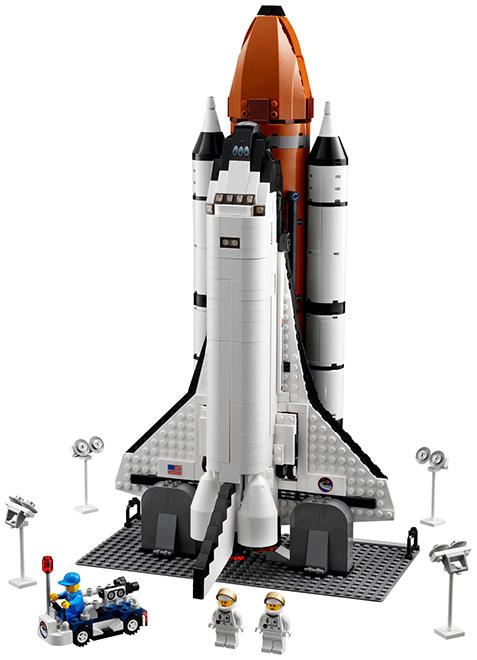 The Space Shuttle era is over, with Space Shuttle Atlantis due to land in less than one hour from the final mission. However, the legacy lives on in a new Space Shuttle set from our favorite building block maker: the Lego Space Shuttle Expedition #10231. It is a great set for building, playing, or displaying, as it is a detailed and realistic looking replica of this famous space vehicle. It is a large set, with 1230 pieces and the completed Expedition stands at 17.5″ tall and 10″ wide. 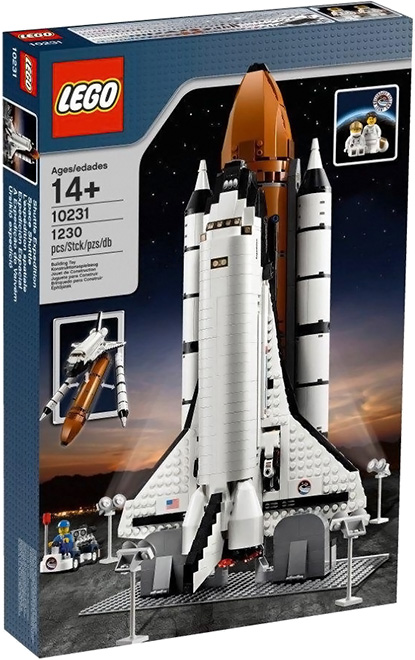 This detailed and realistic space shuttle is ready to count down and blast off on its next exciting mission into space! You can take off from the launch pad, separate the detachable fuel tank and booster rockets, and deploy the satellite with unfolding antenna and solar cell panels. Shuttle model features realistic engines, retractable landing gear, an opening cockpit with seats for 2 astronauts, opening cargo compartment with a crane that can hold the satellite and a ground maintenance vehicle.

Order the Space Shuttle Expedition Set for $99.99 at Lego Shop.