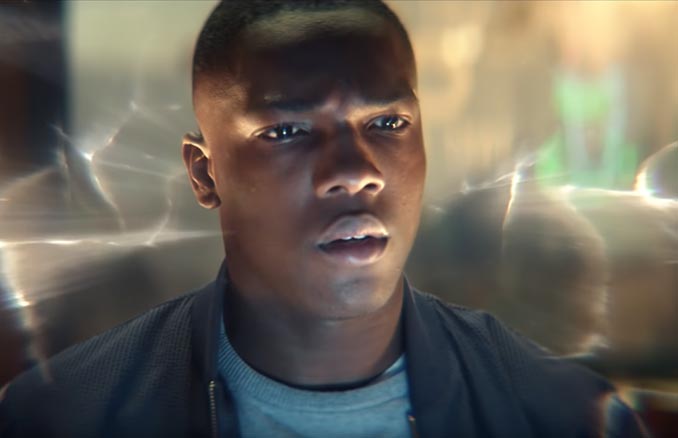 Whovians already know that Jodie Whittaker will be the Thirteenth Doctor, but you’ll still want to watch the Doctor Who: Series 11 Teaser Trailer they just released.

Besides the first ever female Doctor, the trailer also showcases the Doctor’s three companions: Ryan Sinclair (Tosin Cole), Yasmin Khan (Mandip Gill), and Graham (Bradley Walsh). Series 11 is set to air on the BBC in the Fall 2018, but the exact date has not yet been released.

Watch the Doctor Who: Series 11 Teaser:

When Jodie Whittaker takes over as the Thirteenth Doctor on the global hit show for Series 11, she will be joined by an all new regular cast.

Bradley Walsh, Tosin Cole and Mandip Gill will line-up as the new regular cast on Doctor Who. Bradley will star as Graham, Tosin will play Ryan and Mandip will play Yasmin. Also joining the series in a returning role is Sharon D Clarke.

New head writer and executive producer Chris Chibnall, who made the decision to cast the first ever woman in the iconic role, is also shaking up who will travel with the Doctor in the TARDIS, with a team of new characters.

In more exclusive news, it is confirmed that the new series will be a ten week run of fifty minute episodes in Autumn 2018, kicking off with a feature length hour for the opening launch.

Nightflyers, a psychological thriller from the mind of George R.R. Martin, is coming to television this fall, and today SYFY released a Nightflyers Teaser Trailer. Take a look at this space horror fantasy from the genius behind Game of Thrones. Gretchen Mol stars as Dr. […]