A new Transformers movie is coming for Christmas 2018, and fans can finally get a peek since today Paramount Pictures released the Bumblebee Official Teaser Trailer. This film takes place back in 1987 in a small beach town in California, where Charlie Watson (Hailee Steinfeld) discovers the battle-scarred and broken Bumblebee.

This one is not directed by Michael Bay, although he is a producer, turning the reigns over to Travis Knight, best known for directing Kubo and the Two Strings and his work on The Boxtrolls, ParaNorman, and Coraline. Bumblebee was written by Christina Hodson. In addition to Hailee Steinfeld, Bumblebee stars John Cena and features the voice talents of Martin Short.

On the run in the year 1987, Bumblebee finds refuge in a junkyard in a small Californian beach town. Charlie, on the cusp of turning 18 and trying to find her place in the world, discovers Bumblebee, battle-scarred and broken.

Here is the Bumblebee theatrical poster: 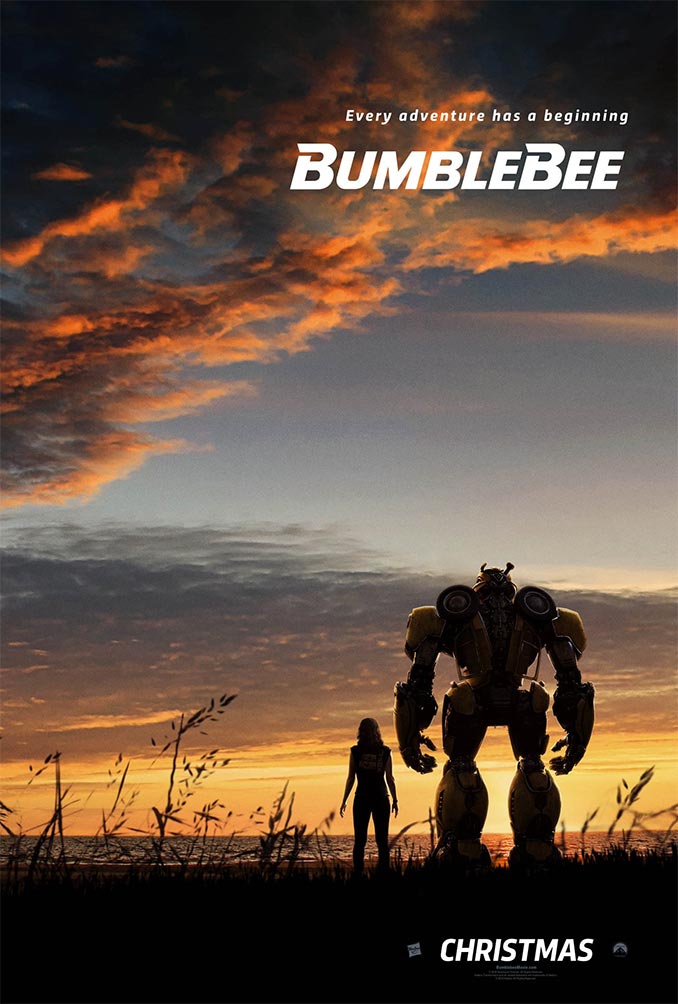 The Might Bee of the Doom Patrol sounds like a movie, and the DC Comics Bombshells Bumblebee Statue is ready to cheer it on. Karen Beecher’s Bumblebee isn’t exactly a heavy-hitter although she has fought the bad guys alongside both the Teen Titans and Doom […]

Inspired by the Transformers films, the Bumblebee Gold-Plated Ring features everybody’s favorite speech-impaired Autobot. Available in sizes 4 to 12, this sterling silver ring includes raised gold plating and diamonds. Unfortunately, it doesn’t include the ability to transform but that’s actually a good thing because […]