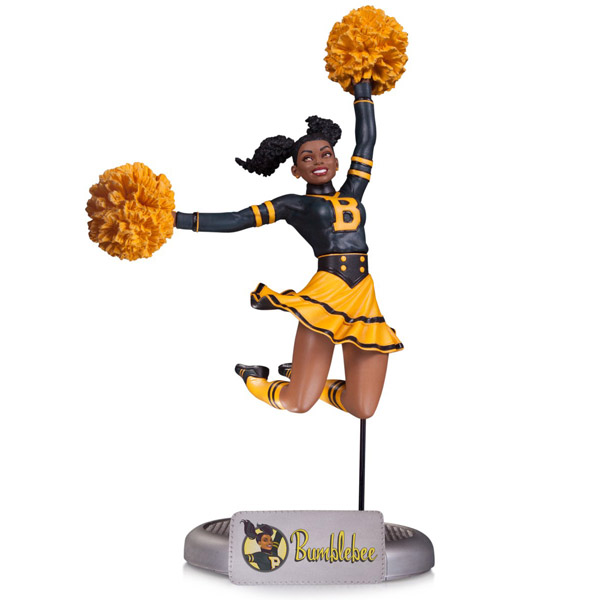 The Might Bee of the Doom Patrol sounds like a movie, and the DC Comics Bombshells Bumblebee Statue is ready to cheer it on.

Karen Beecher’s Bumblebee isn’t exactly a heavy-hitter although she has fought the bad guys alongside both the Teen Titans and Doom Patrol. She also holds the honor of being DC Comics’ first African American female superhero.

Based on the art of Ant Lucia (Bee? Ant? It’s really going to the bugs around here), the 8 1/2-inch-tall Bombshell version of Bumblebee is ready to cheer her team to victory.

The DC Comics Bombshells Bumblebee Statue will be available November 2016 but it can be pre-ordered now for $99.99 at Entertainment Earth.

Some people have strange tastes; and there’s nothing stranger than eating bugs. If you know someone with an appetite for creepy crawlies, this Edible Bugs Gift Pack is perfect for them. You get six tins that are full flavored and cooked bugs plus you get […]

Inspired by the Transformers films, the Bumblebee Gold-Plated Ring features everybody’s favorite speech-impaired Autobot. Available in sizes 4 to 12, this sterling silver ring includes raised gold plating and diamonds. Unfortunately, it doesn’t include the ability to transform but that’s actually a good thing because […]