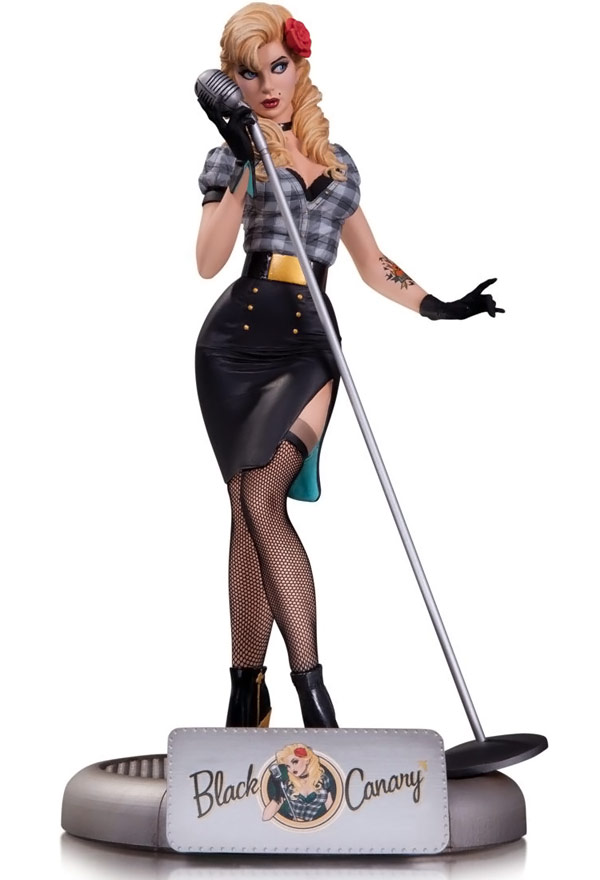 Dinah Laurel Lance is looking right at home with the 1940s-style DC Comics Bombshells Black Canary Statue as she prepares to seduce the audience with her sultry voice. Hopefully she won’t feel the urge to unleash her Canary Cry on them.

The statue, which was designed by Ant Lucia and sculpted by Sam Greenwell, is part of a limited run of only 5200 pieces.

The DC Comics Bombshells Black Canary Statue will be available May 2014 but you can pre-order it for a song – actually $99.99 – at Entertainment Earth. Also at the WBShop.com for $124.95.

The DC Bishoujo Black Canary Statue strikes a victory pose after taking out a few bad guys with her Canary Cry. You wouldn’t think someone wearing a skimpy bodysuit, high-heel boots, and fishnet stockings would be able to strike fear in bad guys, but criminals […]