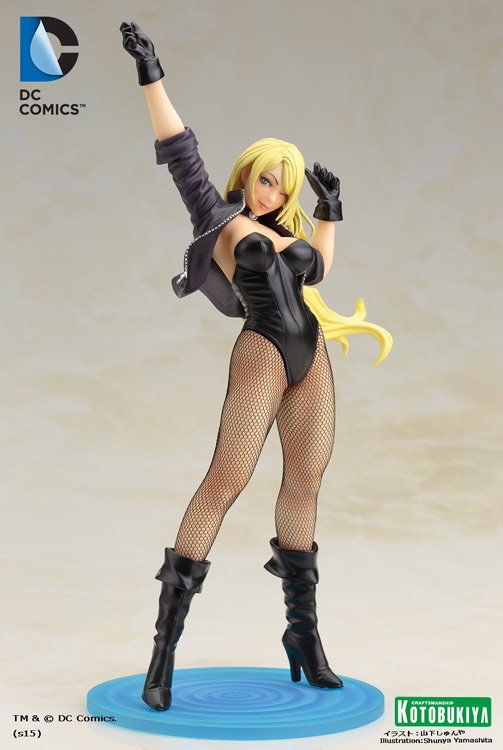 The DC Bishoujo Black Canary Statue strikes a victory pose after taking out a few bad guys with her Canary Cry.

You wouldn’t think someone wearing a skimpy bodysuit, high-heel boots, and fishnet stockings would be able to strike fear in bad guys, but criminals throw down their guns and hit the ground when this canary cries, especially when her sometimes-lover, Green Arrow, shows up to lend a hand.

Based on a new character interpretation by Shunya Yamashita, the 9 1/2-inch-tall Bishoujo (pretty girl) version of Dinah Laurel Lance wears her iconic costume and stands on a blue display base.

The DC Bishoujo Black Canary Statue will be available November 2015 but it can be pre-ordered now for $64.99 at BigBadToyStore.com.