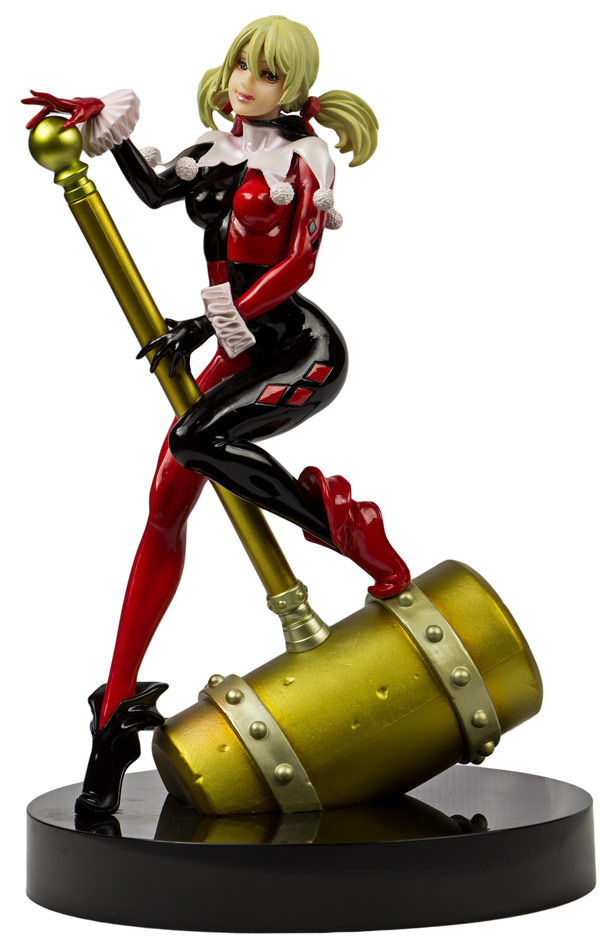 The Joker’s number-one girl is dressed for mischief on the DC Comics Harley Quinn Bishoujo Statue, but this SDCC 2013 Exclusive unmasked variant reveals what lies beneath the mask and headgear. 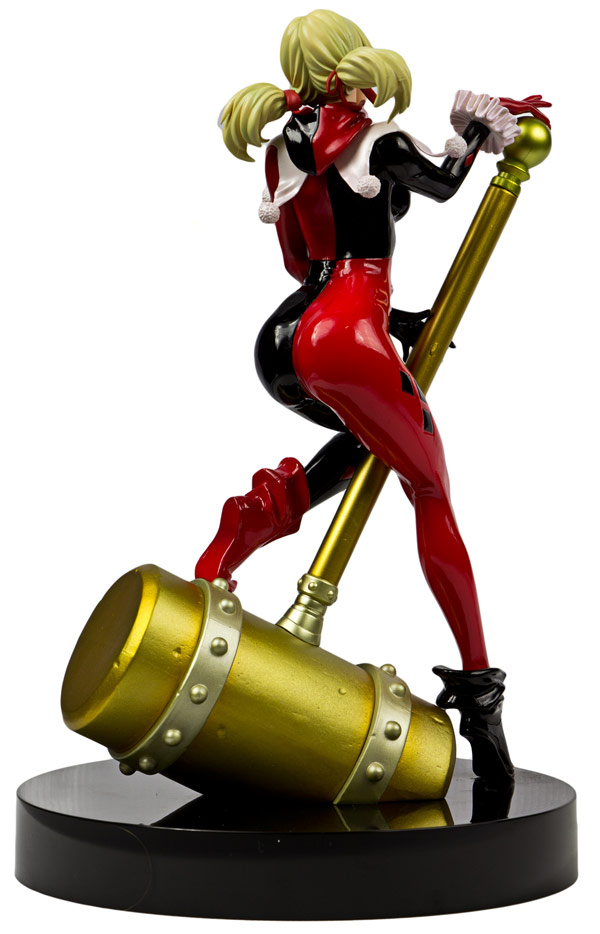 In addition to revealing her blonde hair, this 10-inch-tall version of Harley, sculpted by Masahiro “Gill Gill” Takahashi, also has a gold hammer to add a little more uniqueness to the figure.

The DC Comics Harley Quinn Unmasked Bishoujo Statue is available for $59.99 at BigBadToyStore.com. Also at Amazon.com.

Crazy-cute? Or just crazy and cute? Either way, the DC Comics Harley Quinn Bishoujo Statue provides a cute look at one of the most colorful characters in Gotham City… and that’s saying a lot when you’re talking about a town filled with clowns, penguins, and […]

Sometimes you just want to relax and quit hiding behind your mask, which is exactly what the three ladies on the UnMasked Batgirl Catwoman Harley Quinn Art Print are doing. Artist Carla Wyzgala created this watercolor painting to capture Batgirl, Catwoman, and Harley Quinn as […]