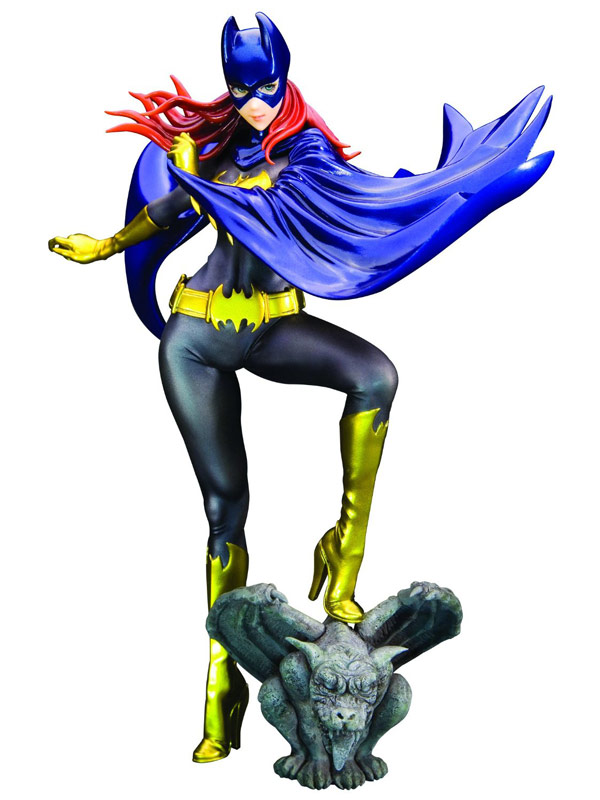 If you were a villain, would you prefer to get punched in the face by Batman or Batgirl? Might be a tough choice because you know it’s going to hurt, regardless of who does it. However, the DC Comics Batgirl Bishoujo Statue shows that Barbara Gordon’s crime-fighting alter-ego definitely wins the competition for who’s the cutest, especially when she gets the same Bishoujo treatment as Starfire, Spider-Woman, and even Freddy Krueger.

The statue stands approximately 9-inches tall and features a stylish and curvaceous Batgirl standing on an exclusive Gotham City gargoyle base.

The DC Comics Batgirl Bishoujo Statue will be available February 2015 but it can be pre-ordered now for $54.99 at Entertainment Earth. Also at Amazon.com.