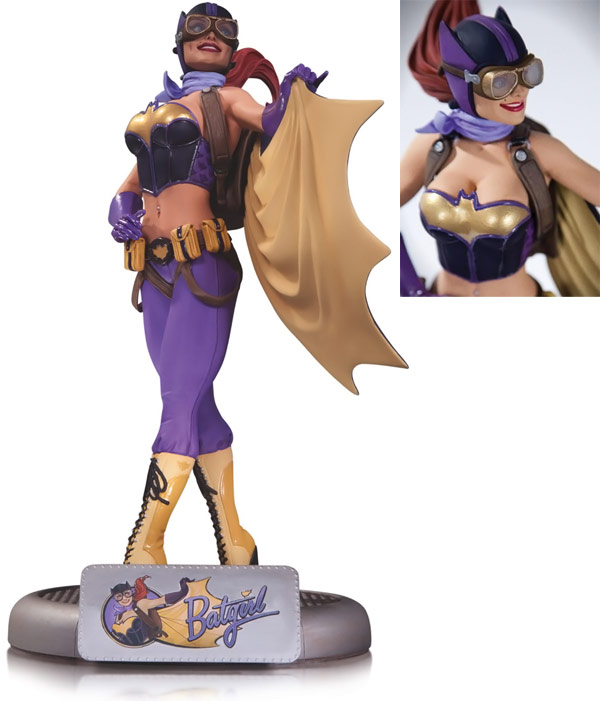 Barbara Gordon fulfills her dream of being a 1940’s pin-up model with the DC Comics Bombshells Batgirl Statue as she rocks a retro outfit that recalls the familiar purple and gold ensemble of the campy 1960’s Batman TV series.

Did Commissioner Gordon’s daughter ever dream of being a pin-up model? She honestly doesn’t strike me as the type that goes for that sort of thing but peer pressure can be hard, even on superheroes. So she follows in the Bombshell footsteps of Wonder Woman, Supergirl, and Poison Ivy (because even villains dream of being pin-ups).

The DC Comics Bombshells Batgirl Statue will be available January 2014 but can be pre-ordered now for $99.99 at Entertainment Earth.

You say you’ve been collecting the DC Comics Bombshell statues but you’d like something a little more portable – possibly something that’s even wearable? The DC Bombshells T-Shirts are exactly what you’re looking for. Similar to the collectible statues, the 100% cotton t-shirt feature iconic […]