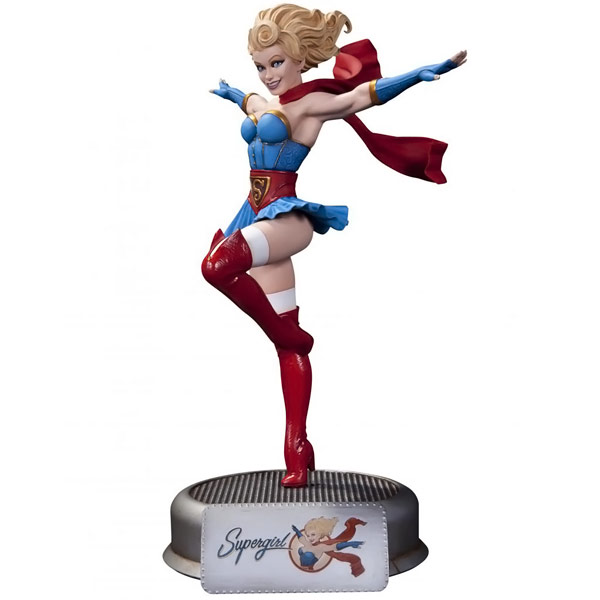 This 10 1/2-inch statue, which was sculpted by artist Tim Miller, features Kara Zor-El with a look that’s familiar and different at the same time.

While the sexy blonde is still recognizable as Superman’s cousin, her outfit has been altered to make her resemble a model more than a superhero. The familiar ‘S’ shield is now a decoration for an over-sized belt, thigh-high stockings peek out over her red boots, and the flowing red cape has been transformed into a red scarf.