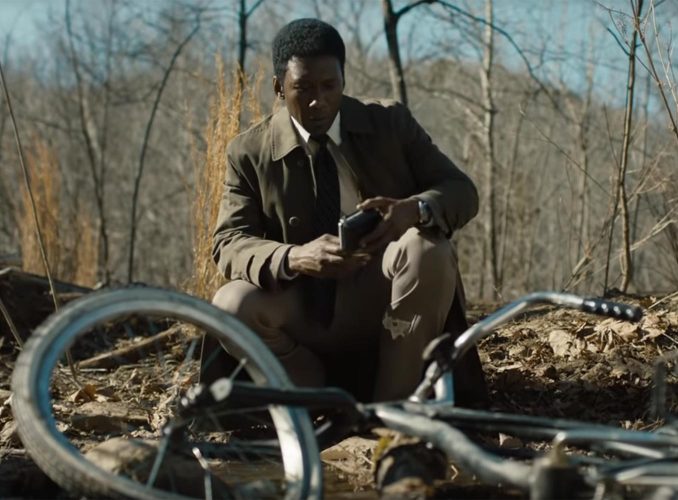 Today HBO released the True Detective Season 3 Teaser Trailer, to tease the next installment which will start in January 2019. This season stars Mahershala Ali as Detective Wayne Hays. You may recognize Mahershala Ali as Anthony King from Treme, Nathan Clay from Alphas, Remy Danton from House of Cards, or Cornell ‘Cottonmouth’ Stokes from Luke Cage. However, he is best known for winning an Academy Award for Best Supporting Actor for his portrayal of Juan in Moonlight.

Will this next season of True Detective be as good as the first?

Starring Academy Award Winner Mahershala Ali, True Detective returns January 2019 on HBO. The next installment tells the story of a macabre crime in the heart of the Ozarks, and a mystery that deepens over decades and plays out in three separate time periods.

Alrighty then! Get ready for the mash-up you never saw coming with the Space Ventura Fett Detective Art Print. Could you imagine Ace Ventura as a Star Wars character? I can see it now. “Pardon me, Princess. Is that a lightsaber in your pocket or […]