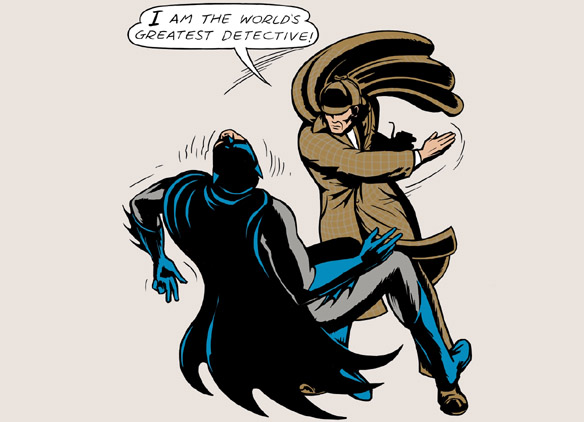 Two big brains get physical on the World’s Greatest Detective Since 1887 T-Shirt as Sherlock Holmes lets Batman know who the real greatest detective is.

The Dark Knight has been called the world’s greatest detective for some time now, and Sherlock Holmes has apparently decided to put a stop to that nonsense by slapping a little Bat-sense into Batman. In Holmes’ defense, he has been solving crimes since 1887 while Bruce Wayne’s alter-ego has only been protecting Gotham City since 1939. Old-timers deserve a little respect. 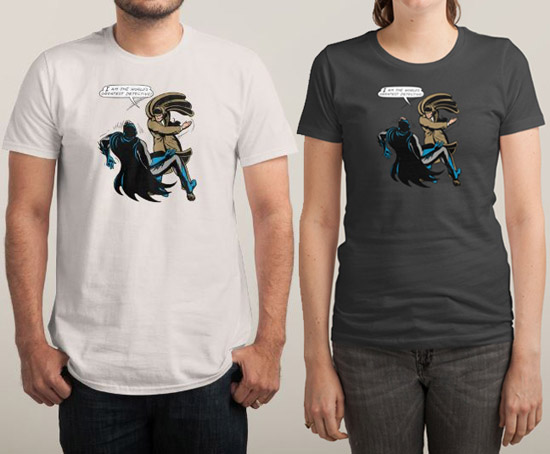 Created by artist Aled Lewis, the fight between these two crime-solvers is printed on both a stone men’s shirt and an asphalt women’s shirt.

The World’s Greatest Detective Since 1887 T-Shirt is available for $25 at Threadless.com.

If you want to get comfy while reading a good book, then put one of these Olde Book Pillow Classics under your head and read until you drift off. You can choose from Alice in Wonderland, Sherlock Holmes, or Treasure Island. All good books for […]

The holodeck. It was an amazing novelty on board the Enterprise, even if it was abused. At least we had some good Sherlock Holmes episodes. Celebrate those episodes with these Star Trek The Next Generation Sherlock Holmes Data and La Forge Bobble Heads. Get them […]