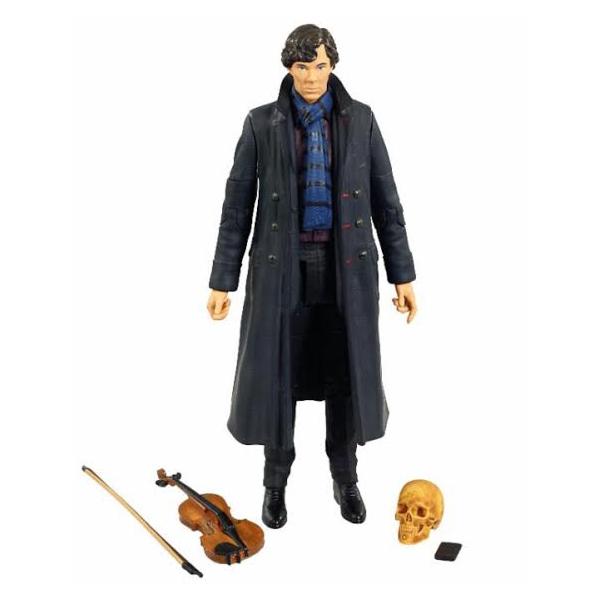 It’s dangerous to go to your mind palace alone. Take the Sherlock Action Figure with you.

When you think about it, Sherlock Holmes as portrayed by Benedict Cumberbatch is probably the nicest rude person you could ever hope to meet. He doesn’t really yell that much and he’s way too intelligent to resort to coarse vulgarity… but those words cut like a knife, don’t they?

Fortunately, this 5-inch-tall doesn’t talk so it can’t make you feel stupid, but it does come with cool things like Sherlock’s mobile phone, his violin, and, of course, the skull… because all highly functioning sociopaths need a skull.

The Sherlock Action Figure will be available December 31, 2015, but it can be pre-ordered now for $20.35 at Forbidden Planet.

Sherlock has the phonebox… or maybe the phonebox has Sherlock. Either way, two popular fandoms collide with the Sherlock Doctor Who iPhone Case. The iconic blue phonebox known to Whovians all over the world combines its awesomeness with the number ingrained into the memory of […]

If you are a part of the small group of people still using landline phones, and you want something that stands out from the crowd, this violin model might be just the ticket. The mahogany-colored phone measures 3 x 3 x 4 1/2 inches when […]