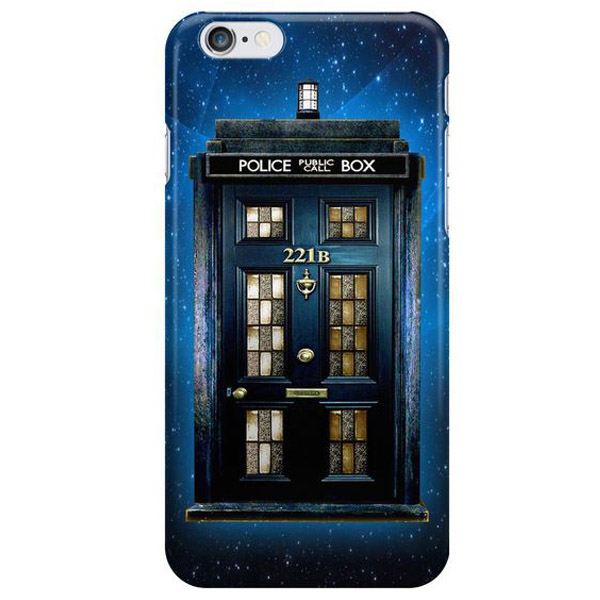 Sherlock has the phonebox… or maybe the phonebox has Sherlock. Either way, two popular fandoms collide with the Sherlock Doctor Who iPhone Case.

The iconic blue phonebox known to Whovians all over the world combines its awesomeness with the number ingrained into the memory of all Sherlockians – 221B, creating an epic iPhone case that will thrills fans of both Doctor Who and Sherlock, while possibly begging the question – Is Sherlock simply an unknown incarnation of the Doctor? I’m sure there’s some fanfic somewhere out there that explores that possibility. Don’t look! There’s fanfic that explores other things, too.

The Sherlock Doctor Who iPhone Case is available for $25 at RedBubble.com.