Admit it. This Sherlock: The Animated Series T-Shirt gives you all kinds of warm fuzzies, along with an endearing look at what might have been.

A Sherlock Holmes cartoon? There was a time when I would’ve thought the idea was insanely stupid… but if they modeled the character after Benedict Cumberbath, and even got the guy to voice the character, you know this would be a hit.

Of course, as this shirt shows, it would be necessary to borrow the unique visual style of Batman: The Animated Series, because it just seems to fit the concept of a cartoon Sherlock. 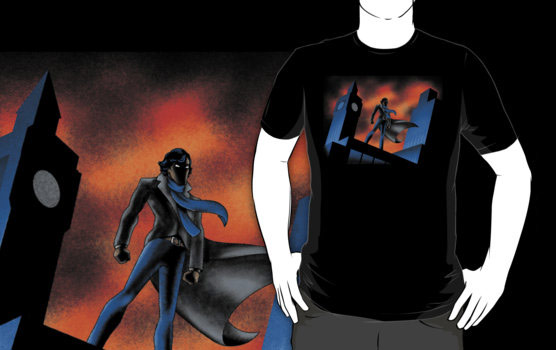 Sadly, an animated Sherlock series will probably never happen but that’s no reason to not enjoy this homage to the show that never was.

The Sherlock: The Animated Series T-Shirt is available for $24.54 at RedBubble.com.

Sherlock has the phonebox… or maybe the phonebox has Sherlock. Either way, two popular fandoms collide with the Sherlock Doctor Who iPhone Case. The iconic blue phonebox known to Whovians all over the world combines its awesomeness with the number ingrained into the memory of […]

Deal yourself in on these Sherlock Playing Cards. They feature some of your favorite characters from the hit Sherlock TV series. The characters are on the back, while the card faces feature blood spatter, gunshots, and other themed images. Sherlock fans will love these cards. […]