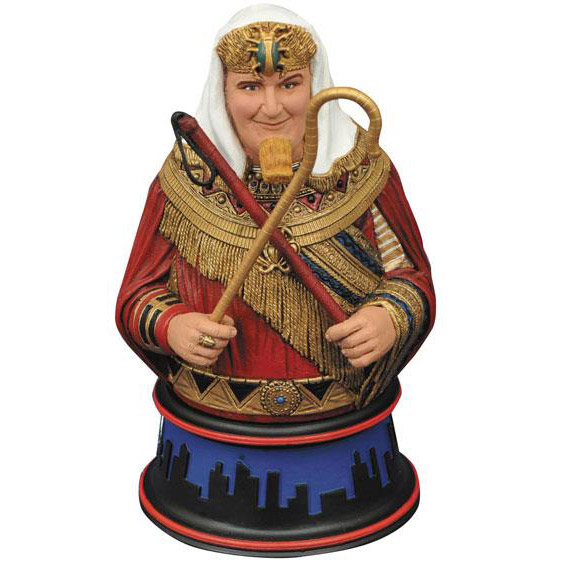 Friends, Egyptians, henchmen, lend me your ears. I bring you the mighty Batman 1966 TV Series King Tut Mini-Bust as an offering to the gods… or to fans of the 1966 Batman TV series, whichever is most interested.

Limited to just 3000 pieces, you don’t want to wait too long get your hands on the Nabob of the Nile.

The Batman 1966 TV Series King Tut Mini-Bust will be available in March 2017 but it can be pre-ordered now for $49.99 at Entertainment Earth.