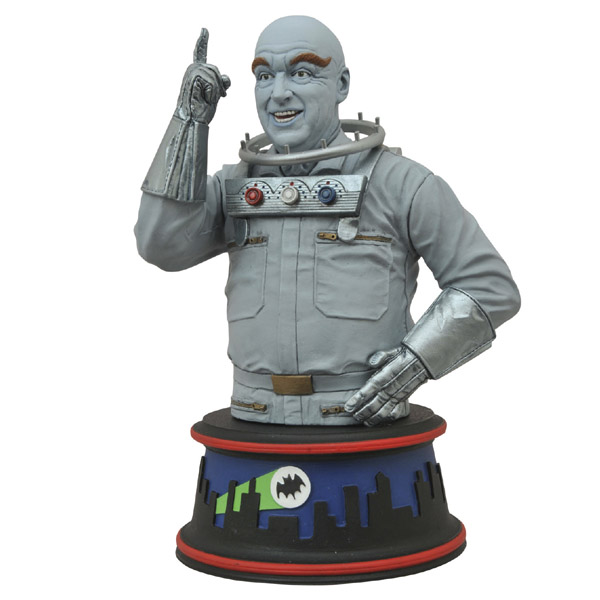 Freeze, Bat-fans, because you’ll want to get your frozen paws on this Batman 1966 TV Series Mr. Freeze Bust.

Sitting on a pedestal base inspired by the animated opening sequence of the Batman television series is the coolest member of Batman’s Rogue Gallery – Mr. Freeze, as played by director Otto Preminger. It will be interesting to see if George Sanders (Mr. Freeze 1) and Eli Wallach (Mr. Freeze 3) get their own collectible busts.

The bust measures 6-inches tall and is part of a limited edition collection of 3000 pieces.

The Batman 1966 TV Series Mr. Freeze Bust will be available August 2015 but it can be pre-ordered now for $49.99 at Entertainment Earth.

You can also make sure this cool cat has some bird-brained company with the Batman 1966 TV Series Penguin Burgess Meredith Mini-Bust.