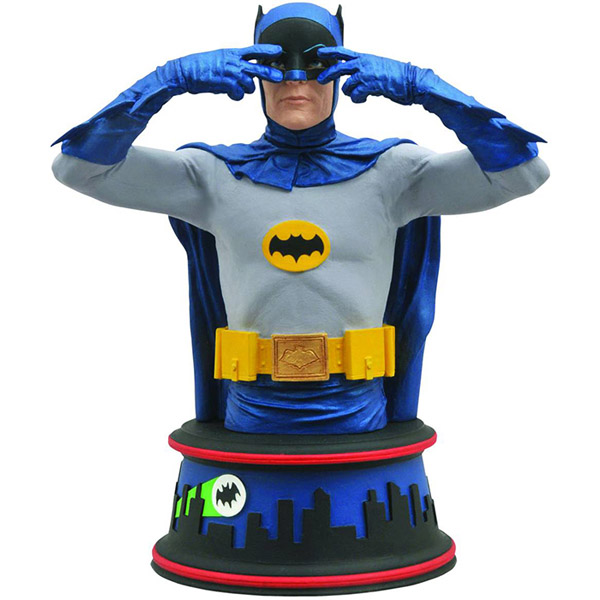 The Caped Crusader gets groovy with the Batman 1966 TV Series Batusi Mini-Bust. Who says the Dark Knight can’t dance?

The villains of Gotham City are always up to something but that doesn’t mean Batman can’t time out his busy schedule to do a little dancing. Standing approximately 6-inches tall and based on the likeness of Adam West as Batman, this mini-bust captures the Caped Crusader in his classic Batusi pose. The bust comes packaged with a certificate of authenticity in a full-color box. Other mini-busts in the collection include the Penguin and the second Mr. Freeze.

The Batman 1966 TV Series Batusi Mini-Bust will be available January 2016 but it can be pre-ordered now for $49.99 at Entertainment Earth.

Barbara Gordon gets her groove on in the Batusi Batgirl Art Print, showing Batman that he’s not the only one who can get down with his bad bat self. Fans of the classic Batman television series got to see the Caped Crusader lay down some […]

As the Classic TV Series Batusi Batman Action Figure shows, the Caped Crusader had some smooth moves back in the late 60s, and you can now have Gotham City’s protector get down with the Batusi in the comfort of your own home. Seriously, why settle […]