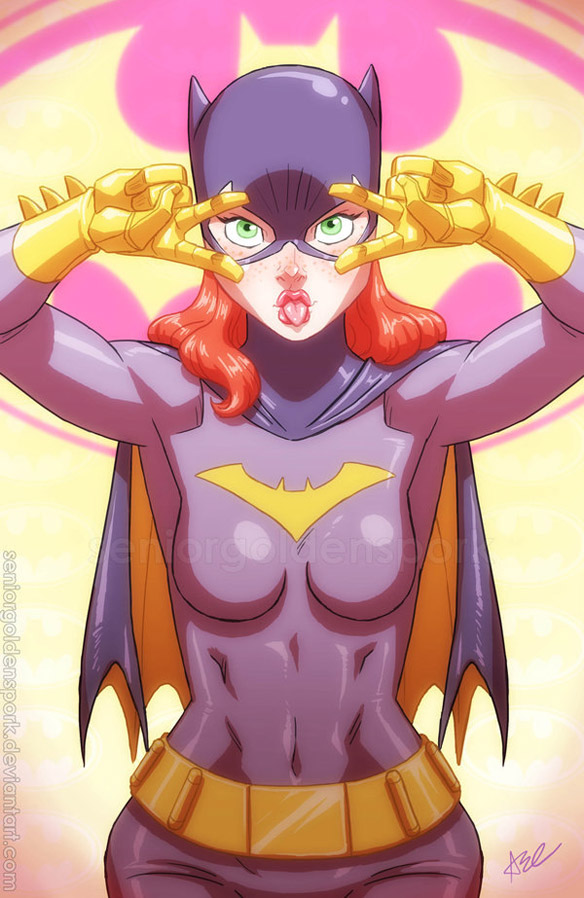 Barbara Gordon gets her groove on in the Batusi Batgirl Art Print, showing Batman that he’s not the only one who can get down with his bad bat self.

Fans of the classic Batman television series got to see the Caped Crusader lay down some serious moves but Batgirl never experienced the joy of doing the Batusi… until now.

Created by ArtistAbe, this 11″ x 17″ print features Barbara Gordon’s alter-ego striking the classic Batusi pose, although Batgirl seems to be expressing her opinion of the classic dance by sticking her tongue out.

Or maybe that bat raspberry is for you because you’ve been checking out the print but you haven’t joined her in doing the Batusi yourself yet. Way square, man.

The Batusi Batgirl Art Print is available for $20 at ArtistAbe’s Etsy store.

As the Classic TV Series Batusi Batman Action Figure shows, the Caped Crusader had some smooth moves back in the late 60s, and you can now have Gotham City’s protector get down with the Batusi in the comfort of your own home. Seriously, why settle […]

The Rock On Batgirl Art Print shows that even when Barbara Gordon has a rough night, she’s still ready to have a little fun. With Batgirl and the Birds of Prey appearing in DC Rebirth, it looks like Batgirl is regaining some of her serious […]

Sometimes you just want to relax and quit hiding behind your mask, which is exactly what the three ladies on the UnMasked Batgirl Catwoman Harley Quinn Art Print are doing. Artist Carla Wyzgala created this watercolor painting to capture Batgirl, Catwoman, and Harley Quinn as […]

In the Batman and Catwoman Tongue Lashing Art Print, the Cat licks the Bat. Does that means he’s hers now? Awesome artist Olivia De Berardinis created this eye-catching 18″ x 18″ print that captures an iconic moment from the film, Batman Returns. It’s printed on […]