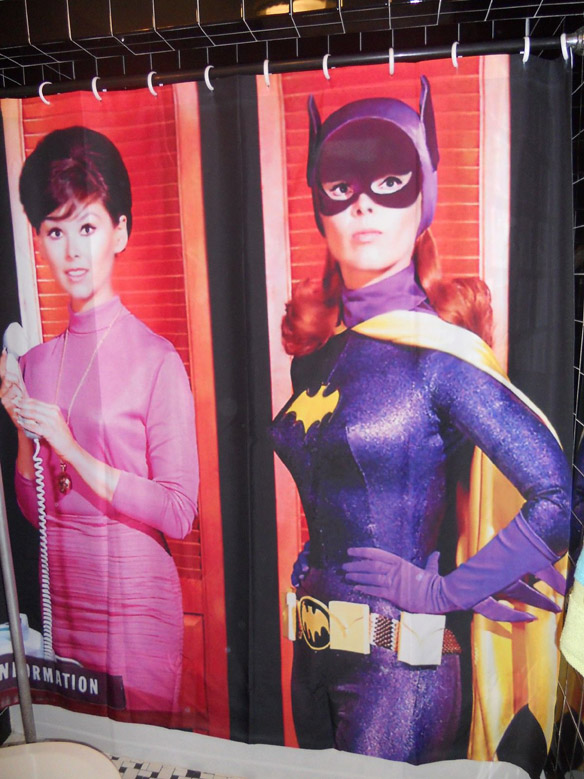 Fans of the 1966 Batman television series can now add a little excitement to bath time by inviting Yvonne Craig into their bathroom with the Batgirl Barbara Gordon Shower Curtain.

The full-color, nylon fabric shower curtain, measuring 70-inches x 71-inches, features Yvonne Craig as both Barbara Gordon and Batgirl… and all the guys know the TV series would’ve been just fine if both Batman and Robin disappeared, as long as Batgirl kept fighting crime in her skintight purple outfit, racing through the streets of Gotham City on her Bat-cycle.

Best of all, this shower curtain is a sample prototype that was made for a comic/sci-fi accessory catalog company, which means it’s not something that everybody will have. Unfortunately, the price is another reason not everybody will have Batgirl watching them shower.

The Batgirl Barbara Gordon Shower Curtain is available at 99wooster’s eBay store for $125. Yeah, it’s steep for a shower curtain so your Bat-dedication is being put to the test.