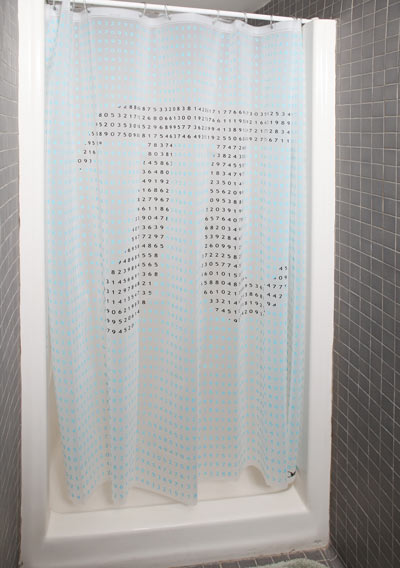 Researchers will tell you that they often lose track of time and forget about things like eating and showering until someone, possibly a significant other, reminds them of the importance of it. If you or someone you know has trouble putting down the test tubes and taking off the lab coat, entice them into an odor cleansing shower with the Periodic Shower Curtain or Pi Shower Curtain.

Made from 100% EVA vinyl, this shower curtain will keep your mind busy as you refresh yourself on the first 4,600 digits of Pi, which are printed in grey and blue lettering on this 71 inch square curtain. 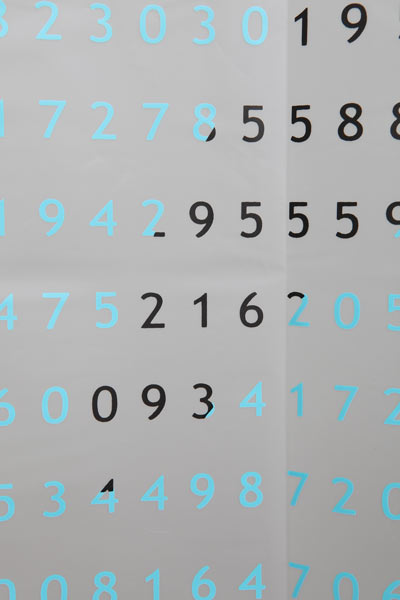 If you asked Sheldon to recite the first 100 digits of pi, he wouldn’t. Not because he was unable, rather because he believes 100 digits is an unacceptably small level of precision suitable only for urban engineering and baked goods. He would, instead, direct you into his bathroom shower where, displayed proudly, approximately 4,600 digits of pie make up the masking pattern on his shower curtain.

You can purchase your very own Pi Shower Curtain at ThinkGeek for $29.99.

This Retro Gaming Shower Curtain makes your shower into a fun old school game of cleanliness and hygiene. It’s Super Shower Time! It comes with 12 plastic shower curtain rings. This is just what every gamer needs to decorate their bathroom with. Retro Gaming Shower […]