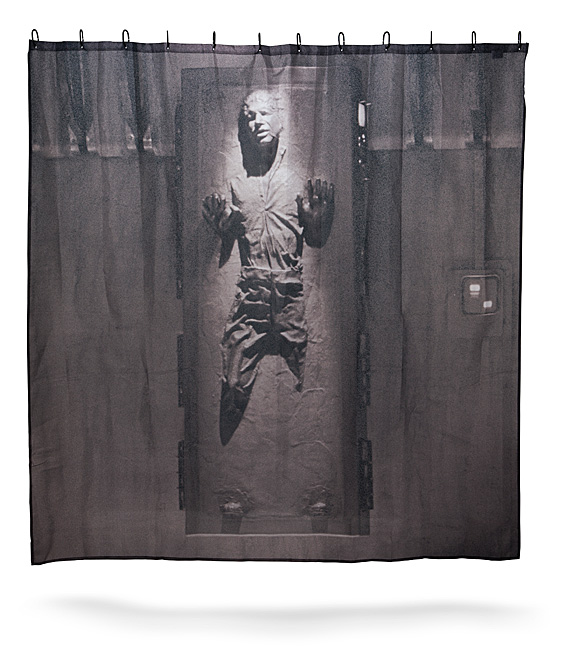 How about a nice cold carbonite shower? Sound good? Then you might want to get this Han Solo in Carbonite Shower Curtain.

Now you can enjoy Han Solo in Carbonite while in the shower. Han will always be there watching you while you bathe. The shower curtain rings are included. This is a must for Star wars fans. 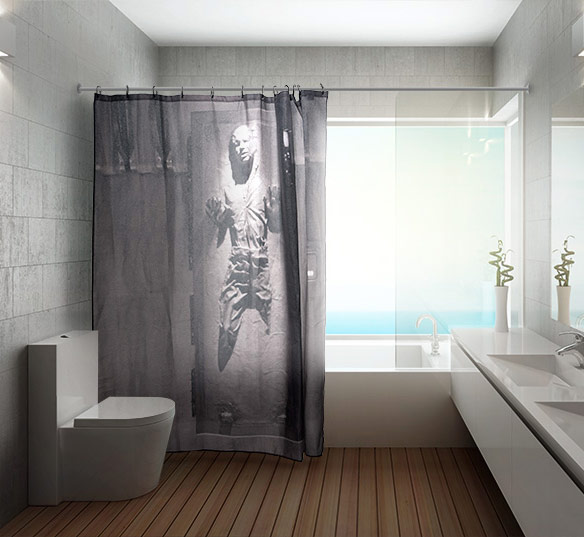