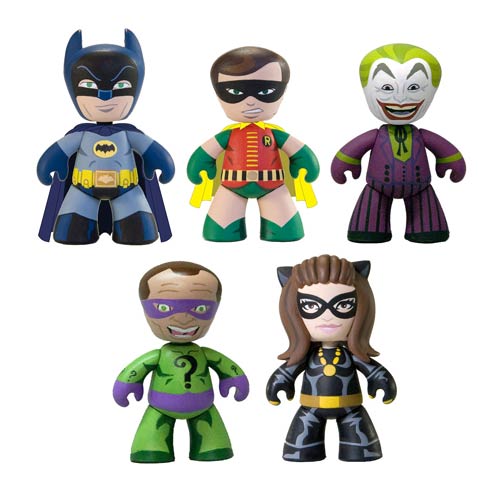 Do you prefer your Batman silly and campy and played by Adam West? If so, you will love this Batman 1966 TV Series Mini Mez-Itz Mini-Figure Box Set.

These Mini Mez-Itz may be small but they pack a punch. These toys are based on the 1960’s Batman Classic TV Series. You get a set of 5 Mini Mez-Itz 2-inch tall figures: Batman and Robin, The Joker, The Riddler, and Catwoman. They are all designed to fit in the 1966 Mez-Itz Batmobile which is sold separately.

These are a must for the serious Batman fan. Only $24.99 from Entertainment Earth. Pre-order it now and it ships in October. Also at Amazon.com.

No need to strain your brain asking if the Batman 1966 TV Series Riddler Pop! Vinyl Figure is awesome because the answer is a definite yes. Based on Frank Gorshin’s portrayal of the riddle-loving villain in the classic 1966 Batman television series, this 3 3/4-inch […]