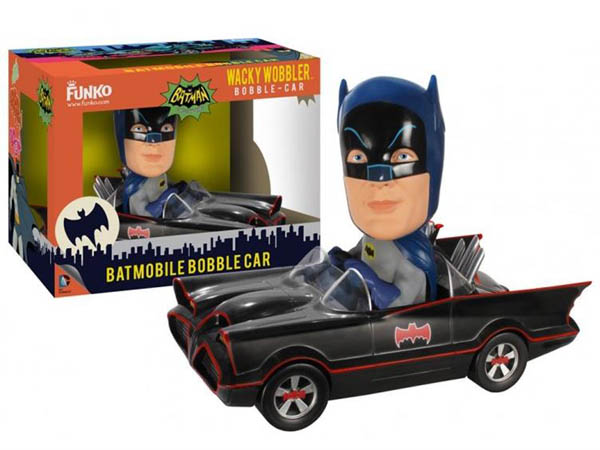 Buckle up and hold on tight because the Batman 1966 Barris Batmobile Wacky Wobbler is ready to power up the atomic turbines and rocket into your collection of retro Bat goodies.

The Batmobile, designed to look just like the car created by George Barris for the popular TV show, includes a Wacky Wobbler Batman based on Adam West’s campy version of the DC Comics character.

The Batman 1966 Barris Batmobile Wacky Wobbler is available for $24.36 at Amazon.com and for $26.99 at BigBadToyStore.com.