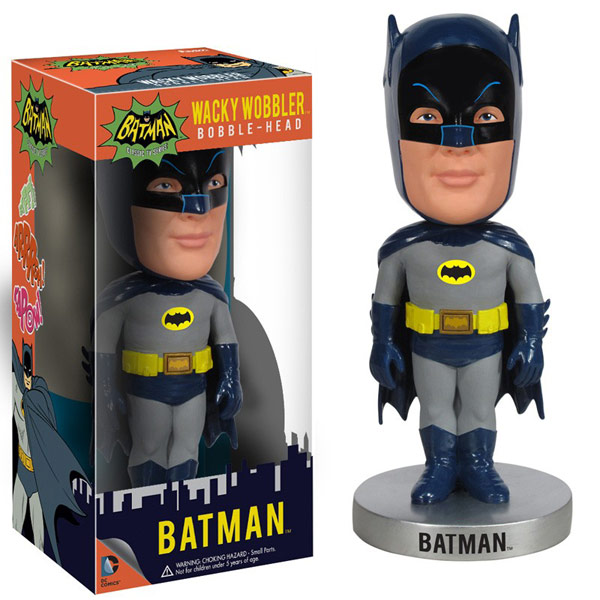 Adam West’s version of Batman has always been wacky, but not even he could have envisioned the 1966 Batman Wacky Wobbler.

Did anyone expect a resurgence in the popularity of the old Batman TV series? We have action figures like the Batman Classic 1966 TV Series Catwoman Action Figure, clothing like the DC Comics Batman ’66 Climb Girls Tank Top, and even Cesar Romero as the clown prince of crime with the Batman 1966 TV Series Joker Bobble Head. Not bad for a series that only lasted three seasons.

Now the Dark Knight himself joins the action with this 7-inch-tall Wobbler from Funko.

You know you can’t resist those eyebrows on the mask so go ahead and get the 1966 Batman Wacky Wobbler for just under $14 at Amazon.com.

Why buy one bobble head when you can get 4 with the DC Universe Mini Wacky Wobblers. This Mini Bobble Head 4-Pack includes Batman, Joker, Green Lantern, and Superman. All of the classic DC characters that you want. Each mini bobble head stands about 3 […]