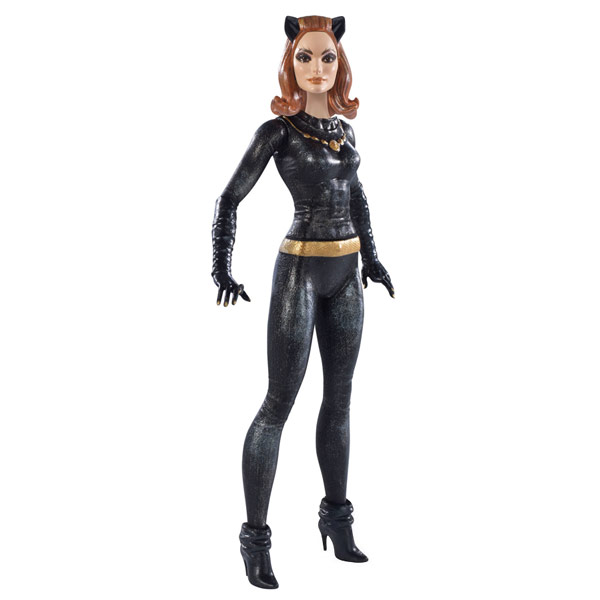 Old-school sexy is back in the spotlight with the Batman Classic 1966 TV Series Catwoman Action Figure, proving that Anne Hathaway might’ve been easy on the eyes as Catwoman but Julie Newmar is the femme fatale that made the hearts of many geeks go pitter-patter when she strutted her stuff in a skintight catsuit.

The 6-inch figure features a realistic head sculpt of Newmar and a display base that includes a retro-style trading card backdrop.

The Batman Classic 1966 TV Series Catwoman Action Figure will be available August 1, 2013 for $15.99 at Amazon.com and in October 2013 for $17.99 at Entertainment Earth. Pre-ordering is available at both sites.

The sexiest cat burglar to ever flirt with the Caped Crusader in the 1960s can be yours with the Batman 1966 TV Series Catwoman Pop! Vinyl Figure. Based on Julie Newmar’s portrayal of the curvy criminal, this 3 3/4-inch-tall vinyl figure from Funko depicts Catwoman […]