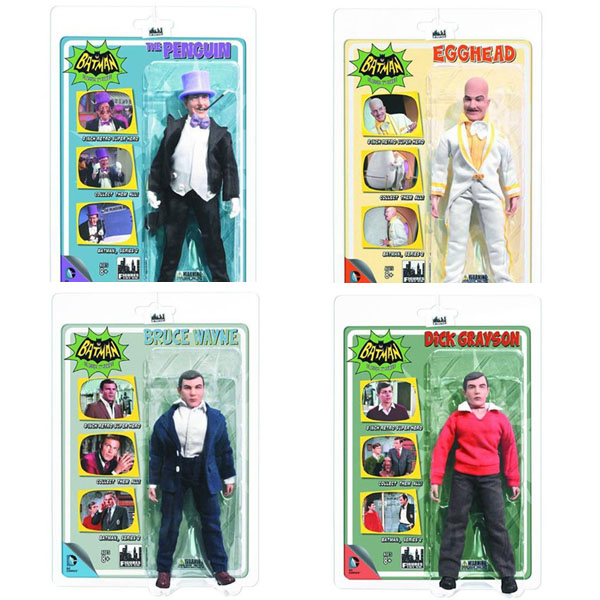 Same Bat-time? Same Bat-channel? You don’t need a TV to enjoy the old-school adventures of the Caped Crusader and Boy Wonder when you can create your own with the Batman Classic 1966 TV Series 2 8-Inch Action Figure Set.

Forget about the masks because it’s the men behind them that make Batman and Robin true heroes, so it’s pretty cool that an action figure set finally focuses on millionaire Bruce Wayne and his young ward, Dick Grayson. Can the two handle the Penguin and Egghead without their utility belts?

Based on characters brought to life on the small screen by Adam West, Burt Ward, Burgess Meredith, and Vincent Price, these approximately 8-inch tall figures have over 15 points of articulation and are designed to look like classic Mego-style action figures.

The Batman Classic 1966 TV Series 2 8-Inch Action Figure Set will be available October 2014 but they can be pre-ordered now for $99.99 at Entertainment Earth.