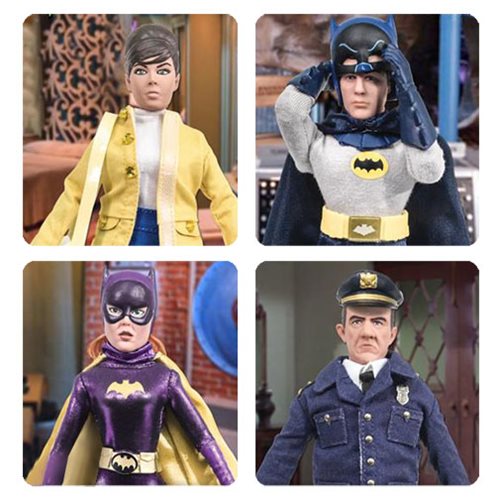 Styled after Mego-style action figures, Barbara Gordon, her alter-ego, Batgirl, Batman, and Chief O’Hara are ready to fight the bad guys of Gotham City. Batman even has a removable cowl so you could view it as getting a Bruce Wayne figure, too, although he’ll still be dressed as Batman.

All 4 figures measure 8-inches tall and have over 15 points of articulation.