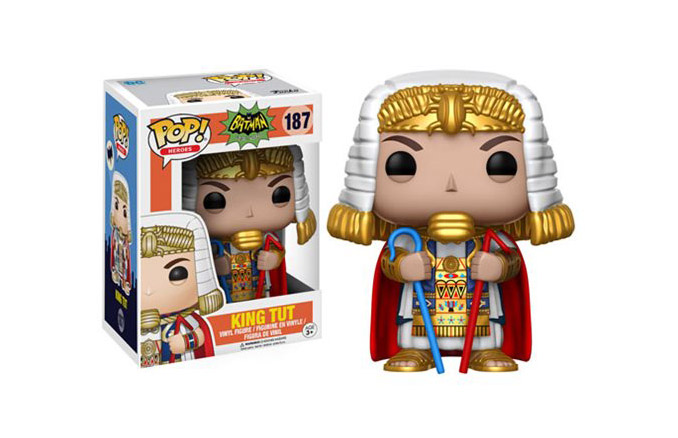 The Pharaoh of Rogues, the Master of Thieves, the Moon God of Thoth and stuff like that is invading your Funko collection as the Batman 1966 TV Series King Tut Pop! Vinyl Figure.

Based on Victor Buono’s portrayal of the delusional villain in the 1966 Batman television series, the Almighty Monarch and rightful ruler of Thebes (Gotham City) stands 3 3/4-inches tall and is dressed in Egyptian finery, ready to destroy the Dynamic Duo and rule his people like the wise ruler he is… although he’s really just a professor of Egyptology who got whacked on the head during a student protest.

This Tidy Ruler with Pencil &  Pencil Sharpener makes a great little gift for the organized student that likes to have everything within his reach. No more searching for a pencil sharpener or ruler;  if you have the Tidy Ruler, you have it all! Don’t […]

Are you catching up on some work for the office late at night and just want to chug down a bottle of beer to ease the tension in your body? Don’t frustrate yourself even more when you realize that your home office doesn’t have bottle […]