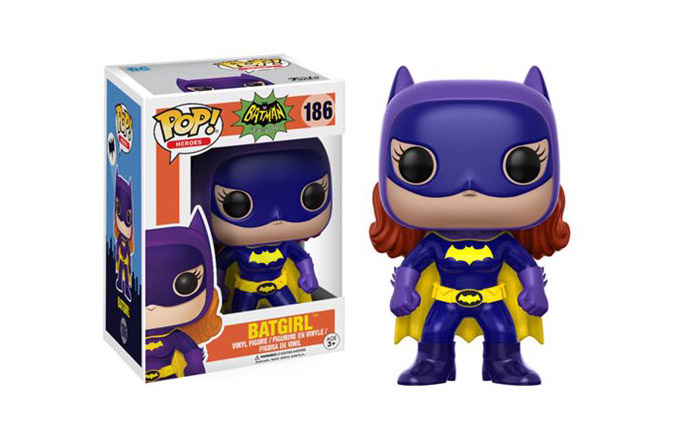 One of Gotham City’s heroes becomes a blast from the past with the Batman 1966 TV Series Batgirl Pop! Vinyl Figure.

Inspired by Yvonne Craig’s portrayal of Batgirl during the third and final season of the classic 1966 Batman television series, this approximately 3 3/4-inch-tall vinyl figure features librarian Barbara Gordon as Gotham’s newest hero (at the time), fighting crime alongside Batman and Robin while keeping her father, Commissioner Gordon, in the dark about her nocturnal activities.

Fans of the purple-clad vigilante might also be interested in the Batman Classic 1966 TV Series Batgirl Vinyl Idolz Figure.

Barbara Gordon is ready to clean up the streets of Gotham City with the Batman DC Hero Batgirl Sofubi Vinyl Figure, offering a unique take on Commissioner Gordon’s daughter. Standing a whopping 10-inches tall, this figure is made of soft vinyl and features a removable […]