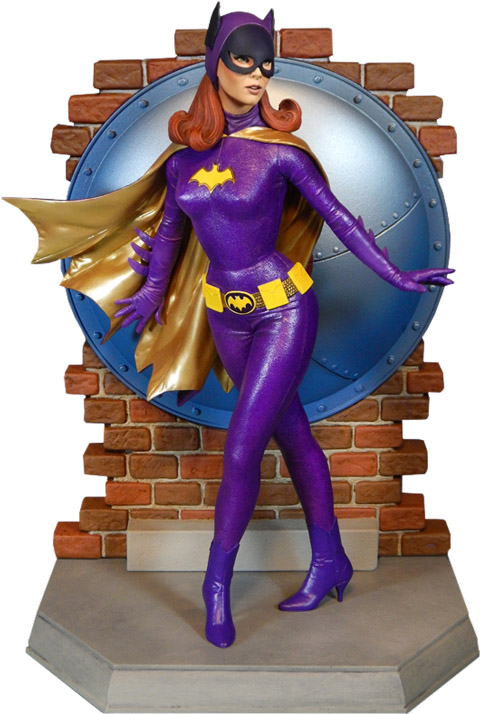 Barbara Gordon wasn’t just Commissioner Gordon’s daughter. When the Caped Crusaders needed a little help, she’s suit-up in her purple and yellow outfit, climb onto her Bat-Cycle and rush off to help defeat the bad guys who threatened Gotham City.

This 13-inch-tall statue features Craig’s Batgirl standing in front of the secret door that led to her little Batgirl cave. Yes, I know that’s not what it was really called, but did it actually have a name?

Batman’s colorful sidekick enters the Batcave with the Robin Maquette Diorama, proving that short shorts and bright colors are the perfect clothes to wear when you want to wander around a dangerous city at night. Poor Burt Ward. Adam West got the cool(ish) Batman outfit […]