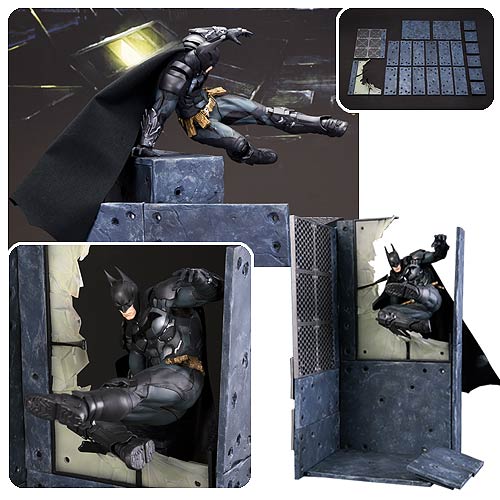 This Batman Arkham Knight Batman Version ArtFX+ Statue is all about showing the Caped Crusader in action. It has a modular buildable background for customizing the display!

The Batman Arkham Knight Batman Version ArtFX+ Statue shows Batman in his armored costume as seen in the game and is fully detailed. He measures 10-inches long. This 1:10 scale statue captures the Dark Knight mid-leap as he flies through the air. Every detail from his armor down to the heavy plating is amazing.

He has segmented joints, tread on the boots and much more. Get it for just $84.99 from Entertainment Earth. Pre-order it now for January.

There are many luxury watches that look really cool, but they just aren’t technologically innovative like Japanese LED Watches. Introducing the exception: the Devon Tread 1 Watch. This revolutionary wristwatch has a patent pending system of interwoven Time Belts that are amazing to watch in […]