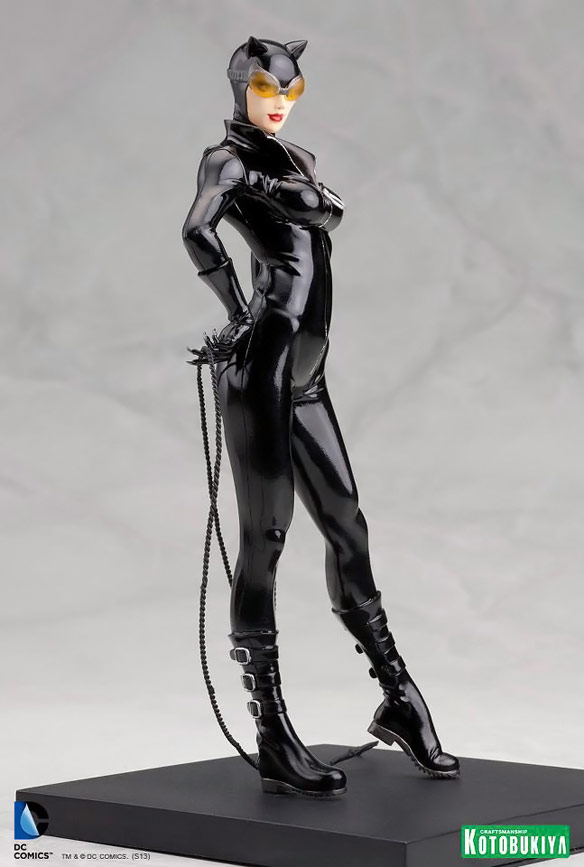 Everyone wondered what the cat-loving sometimes-adversary-sometimes-ally would like in DC Comics New 52, and readers weren’t kept waiting. Now the Catwoman New 52 ArtFX+ Statue lets you add to your Catwoman collection with a brand-new look.

The feline femme fatale has gone through a few transformations in her lifetime, ranging from the classic retro look captured in the Batman Catwoman Barbie Collector Doll all the way to leather-clad Anne Hathaway as seen in The Dark Knight Rises Selina Kyle Catwoman Statue, but this Catwoman stands out from the rest because it’s her first appearance in the ArtFX+ lineup.

Along with her trademark leather jumpsuit, the almost 8-inch-tall statue also includes Catwoman’s whip, goggles, and wicked-looking claws on her fingertips. 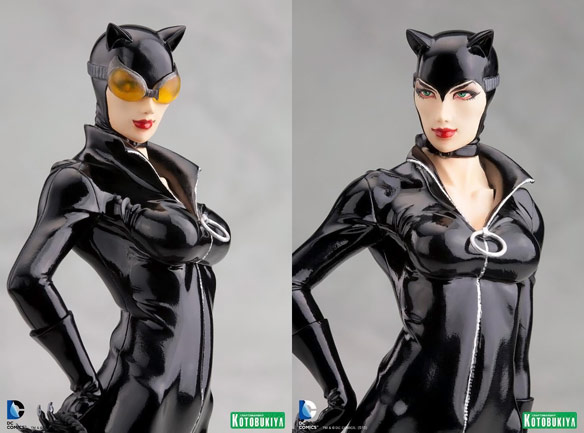 While the Batman Catwoman New 52 ArtFX+ Statue won’t be available until November 2013, you can pre-order it now for $39.99 at Entertainment Earth.

Selina Kyle is ready to crack the whip on the Catwoman Premium Format Figure, giving a playful look over shoulder, as if daring Batman to try and catch her. This 23-inch-tall. limited-edition statue features Gotham City’s sexiest cat burglar wearing a glossy, black, fitted jumpsuit […]

This DC Comics Catwoman ArtFX+ Statue is one cool cat. This piece features Catwoman in her iconic black costume as seen in her multiple appearances in DC Comics. She is wearing her sleek black leather suit and ready to pounce. The detail is just perfect […]