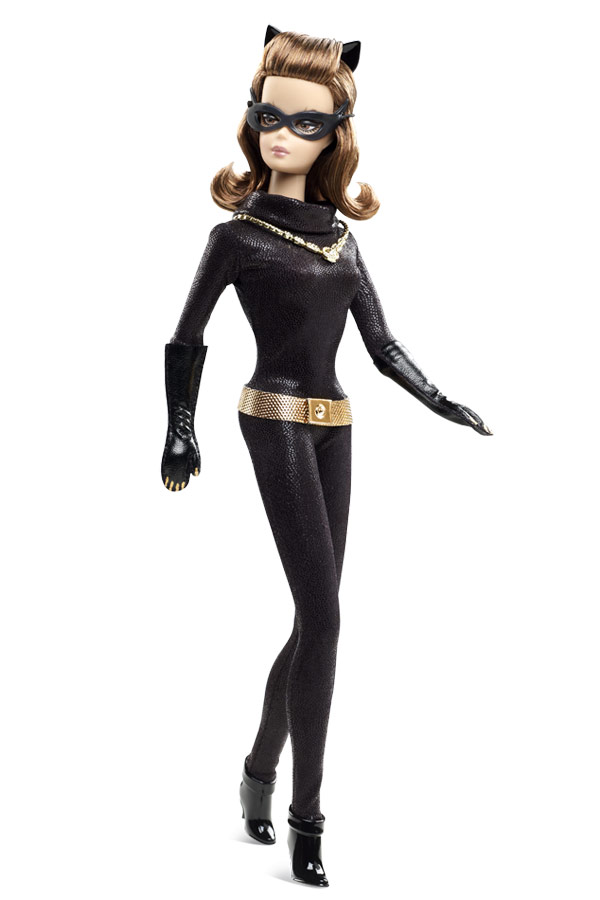 What happens when you mix the cuteness of Barbie with the sexiness of Julie Newmar’s Catwoman? You get the Batman Classic Catwoman Barbie Collector Doll, which is purrrrr-fect for fans of both Barbie and Batman.

All Batman fans have their favorite version of Catwoman, but I know I’m not alone when I say that Julie Newmar, in her skintight black outfit, kick-started my journey into puberty. What can I say? It’s not like I watched the 1960’s Batman TV show to see all the ways they could animate words like ‘Bam’ and ‘Ka-Pow’.

Will some people have some type of weird mental breakdown from seeing innocent Barbie merged with sexy Catwoman? Possibly, but it’s a risk that Batman and Barbie collectors will be willing to take.

The action figure stands 12-inches tall and features Barbie in the iconic outfit worn by Julie Newmar in the classic TV series.

The Batman Classic Catwoman Barbie Collector Doll will be available July 2013 but it can be pre-ordered now for $38.99 at Entertainment Earth.