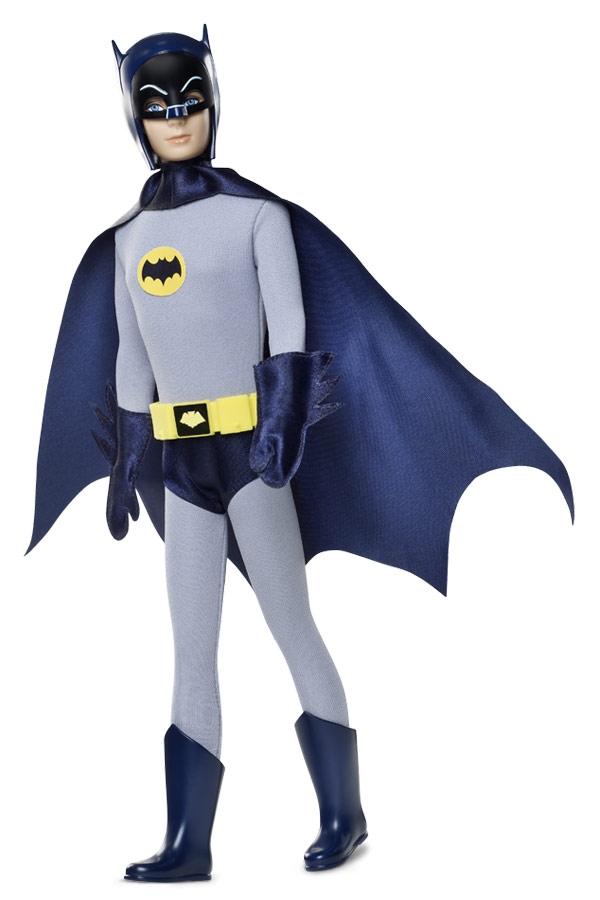 Barbie fans usually don’t get to celebrate their geeky love for superheroes but this is one of those times you can let both geek flags fly because the Batman Classic Ken Barbie Collector Doll is celebrating the Dark Knight as only Barbie and Ken can.

Just look at that physique; the bulging biceps, the taught six-pack, those broad shoulders.

Okay, let’s face it. Even dressed as Batman, Ken probably couldn’t fight his way out of a wet paper bag, but then the 1966 version of the Caped Crusader, as played by Adam West, wasn’t exactly an intimidating figure so it actually works out well.

Celebrate the wacky and original 1966 Batman television series with Barbie Doll! This Batman Classic Television Series Ken Barbie Collector Doll features Batman looking just as he did in the show! Measuring 12-inches tall, there isn’t a better way to bring the classic Batman series to life than with the Barbie Ken Doll!

The Batman Classic Ken Barbie Collector Doll can be pre-ordered for $38.99 at Entertainment Earth, and will be available in July 2013.

The DC Trinity has arrived in the world of Barbie with the Batman v Superman: Dawn of Justice Barbie Dolls. There’s no pink cadillac, dream house, or Ken in sight, but these official Barbie dolls do deliver some super awesomeness with Barbie dolls that look […]