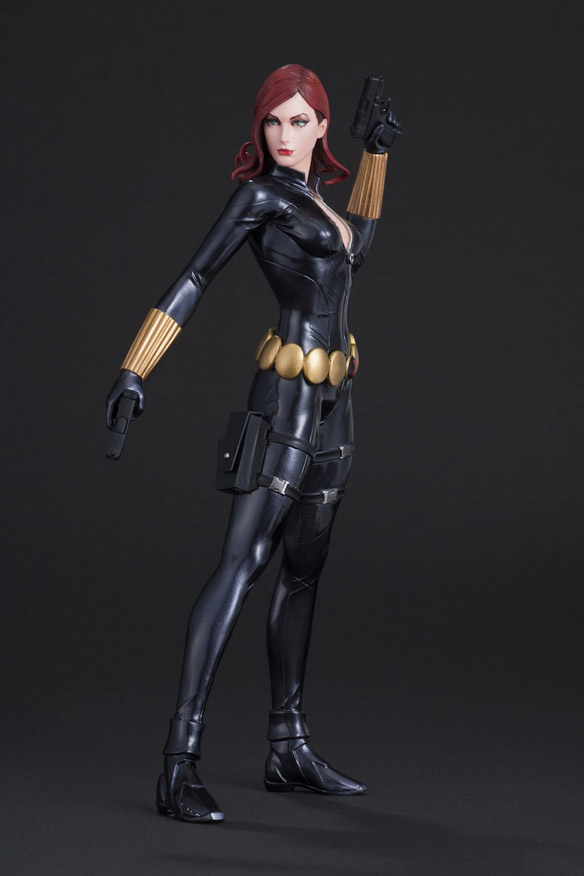 Can a statue rescue you? Yes, especially when it’s the Black Widow Avengers Now ARTFX+ Statue, which allows you to finally start that Avengers or Black Widow collection you’ve been dying to set up, without having to choose between geeky collectibles or food.

I feel your pain. You love the Avengers, especially the sexy and deadly Black Widow. Unfortunately, you don’t want to whip out the big bucks for something like the Avengers Black Widow Sixth Scale Limited Edition Collectible Figure or the Black Widow – Natasha Romanova Premium Format Figure.

Now, this 7 ½ inch tall statue can protect you from sticker shock, and she can have plenty of company with the Avengers Now Hulk ArtFX+ Statue and the Captain America ARTFX+ Marvel Now Statue. Yes, even in statue form, you can’t stop the Avengers from assembling.

The Black Widow Avengers Now ARTFX+ Statue won’t be available until May 2014 but it can be pre-ordered now for $41.99 at Urban Collector. Also at Amazon.com for $49.99.

Mornings are made for espionage and that makes the Avengers Black Widow Mug the perfect way to start your day. Add a little extra bite to your day with this officially-licensed, 12-ounce ceramic mug that features two different portraits of Natasha Romanoff/Black Widow on either […]