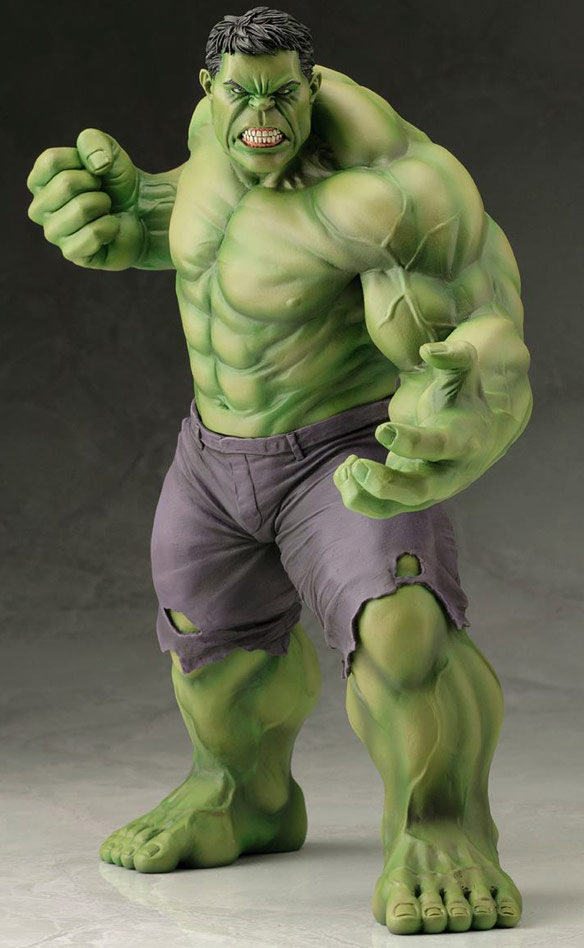 After the success of The Avengers on the big screen, it’s probably safe to say that just about everyone has seen what the Hulk looks like but you’ve never seen him like this before. Based on concept artwork by Adi Granov, and created specifically for Kotobukiya’s Avengers Now ArtFX+ series, this 10-inch-tall statue features a highly-detailed sculpt of the Mean Green Machine, and there are even magnets embedded in the feet to provide extra stability when Hulk is standing on the included base. If you’re a fan of ArtFX+, you know no team is truly complete unless it has a Hulk.

The Avengers Now Hulk ArtFX+ Statue will be available May 2014 but it can be pre-ordered now for $64.99 at Entertainment Earth. You can also purchase it now at Amazon.com for $69.98.

This Avengers Age of Ultron Hulk ArtFX Statue depicts the giant green ball of anger in all of his muscled glory. The 1:10 Scale statue features The Hulk in a fierce battle pose. It’s as if the Hulk has jumped off the screen and into […]