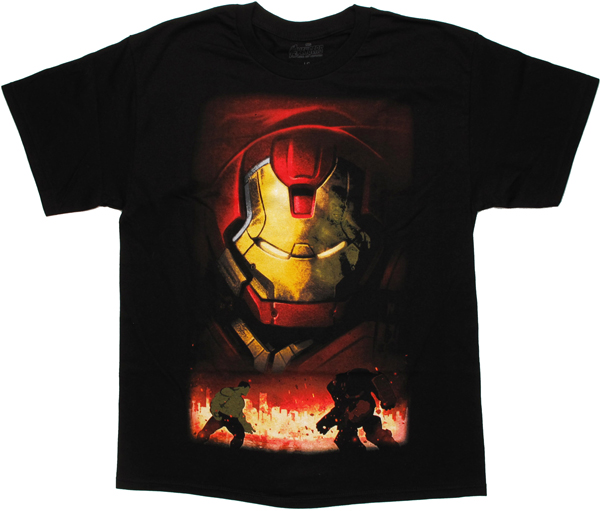 Iron Man takes on the Incredible Hulk on the Avengers Hulk-Bustin Suit T-Shirt, with Tony Stark giving the ultimate stare-down over the battle scene that pits Avenger against Avenger.

Tony Stark and Bruce Banner are pals but they apparently have a serious disagreement in Avengers: Age of Ultron because Tony slips into his heavy-duty Hulk-Buster armor to give Mean and Green a spanking. I’m thinking Banner probably stole Stark’s food from the fridge in the breakroom. I can see Tony having serious issues with that since he’s used to getting his way most of the time.

Taking a minimalist approach, the bottom scene that shows Hulk-Buster facing the Hulk doesn’t have tons of detail, but the larger portrait of Hulk-Buster’s helmet makes up for it with some awesome detail work, including a look at the Hulk’s reflection in the gold surface of the armor. 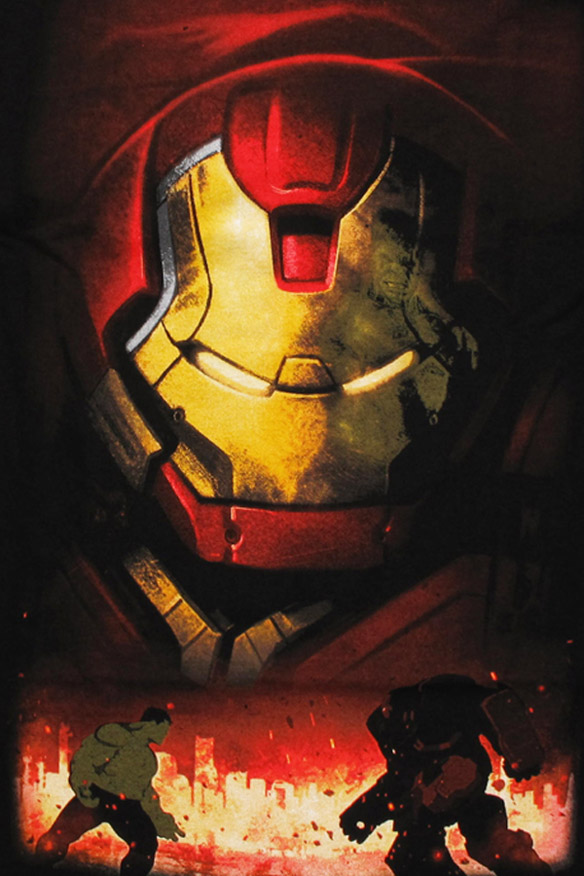 Forget those figures that can stand on a shelf because the Avengers: Age of Ultron Iron Man Hulk Buster 1:1 Scale Life-Size Light-Up Statue will show how big your love for Hulk Buster really is. With fiberglass construction, 18 LED lights, and standing 9 3/4-feet […]