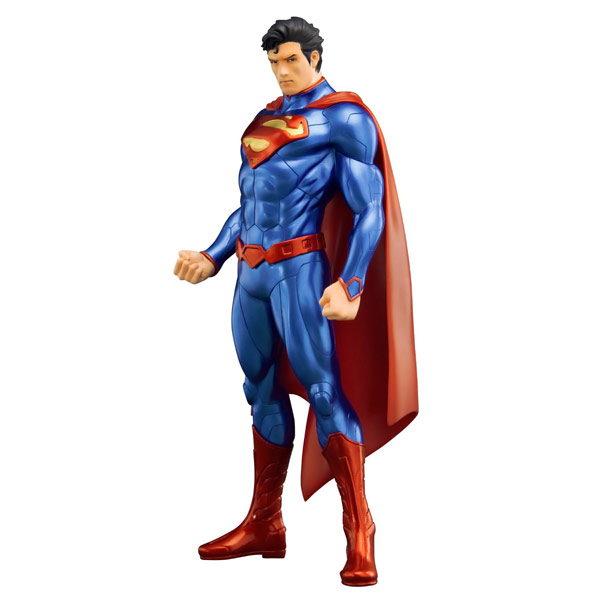 The red undies are gone, a high collar is in style now, and the last son of Krypton has finally decided to play it safe and wear a little armor. Yes, the Superman New 52 ArtFX Statue brings us the Man of Steel with his new look for the 21st century.

The highly-detailed, 1:10 scale statue is 7 1/2-inches tall, and stands on an included magnetic display base, allowing Superman to strike a powerful pose, complete with stern look and clenched fist. I don’t know who he’s thinking about punching but I really hope it’s not me.

If you’re a fan of the New 52 redesign that DC Comics pushed through all their titles, you can preorder the Superman New 52 ArtFX Statue for $37.99 at Entertainment Earth or get it now at Amazon.com for $55.95.

GeekAlerts is about cool gadgets and fun products, and we prefer to stay out of politics. Besides, for us debates involve Star Wars vs. Star Trek, zombies vs. vampires, and iPhone vs. Android–not Democrats vs. Republicans. So even though we typically avoid political products, the […]

It seems like Superman’s fashion sense has been stuck in neutral for years, but the Superman Man of Steel ArtFX Statue does a great job of capturing the redesigned costume…Finally Supes stopped wearing his underwear on the outside of his pants. In addition to losing […]