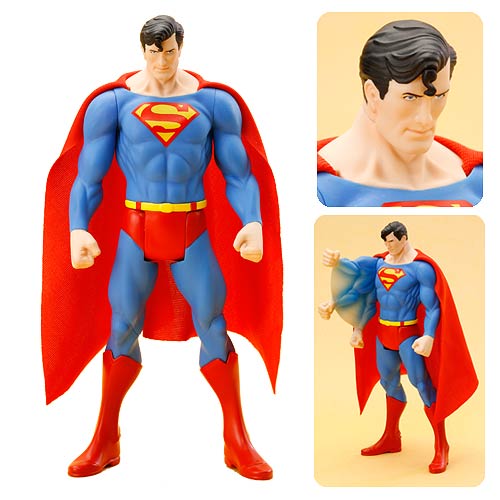 Way back in 1984, Kenner released Super Powers action figures, with each having their own power that could be triggered by squeezing their legs together. The Man of Steel’s ‘unique’ power was a power action punch, which was basically his arms raising up to simulate a punching action. Yeah, it wasn’t exactly awesome but it was cool for its time.

This 7 3/4-inch-tall statue lets you recreate that old-school fun. In addition to a design based on the original Kenner figure, it also has magnetic feet for added stability, a real cloth cape, and an alternate arm to display Superman’s power action move.

The Superman Super Powers Collection ArtFX Statue will be available September 2015 but it can be pre-ordered now for $29.99 at Entertainment Earth.