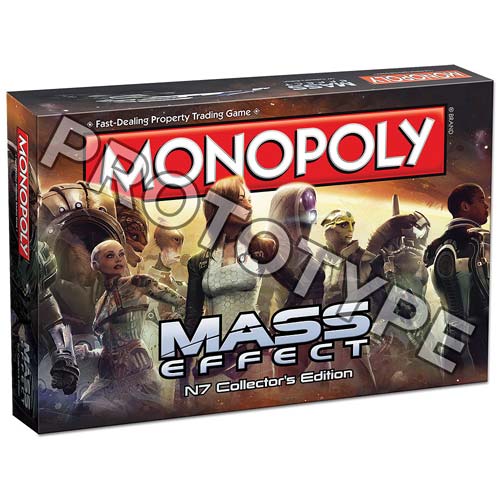 Mass Effect fans are going to love taking the game off the screen and wrapping it up with the classic game of Monopoly with this Mass Effect Monopoly edition.

Save the galaxy, by buying up properties. The Mass Effect Monopoly board game features some of your favorite locations and characters, including Commander Shepard! It has an awesome Mass Effect theme, but the same old gameplay, meaning you have to purchase all the galactic property and make all others pay you dearly to stay on that property.

This is a must-have for any Mass Effect fan. It is only $39.99 from Entertainment Earth.