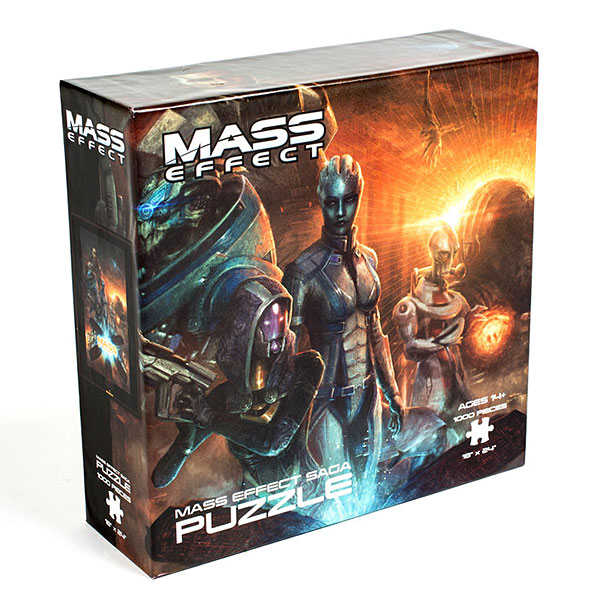 This Mass Effect Saga 1000pc Puzzle is for fans of the popular video game series. You’ll assemble one piece at a time until you have an awesome scene based on the “Saga” painting by Sam Spratt.

What a beautiful image. 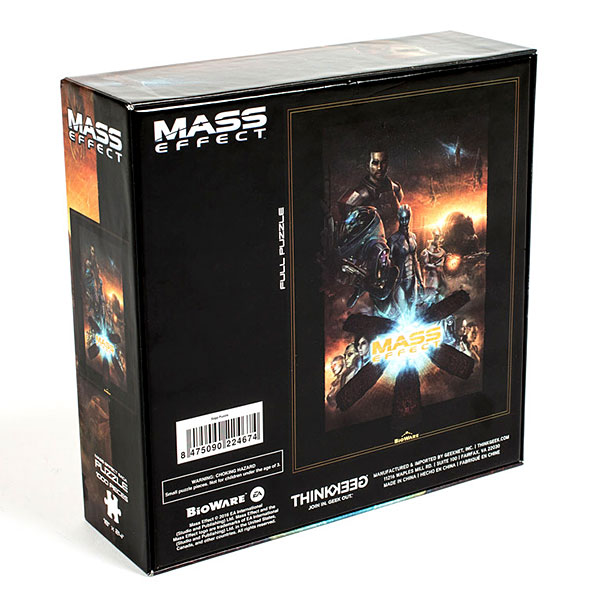 This Star Wars 40th Anniversary Use the Force, Luke 1000pc Puzzle features Luke in his X-wing, ready to launch the torpedoes into the Death Star. It is a 1000 piece puzzle that captures the magic of the moment as Luke navigates the Death Star trench. […]

This Star Wars 40th Anniversary You’re My Only Hope 1000pc Puzzle recreates the iconic moment when R2-D2 delivered the Princess’ message. Celebrate 40 years of Star Wars by putting this great puzzle together. It is an image of Leia ending her famous recording. It will […]

You’ve raced with him in karts, you’ve explored the galaxy, and saved the Mushroom Kingdom time and again. Now build the puzzle. This Super Mario Day 2017 1000pc Puzzle will be just another Mario challenge. Piece together Mario and celebrate all of the good times […]

The Legend of Zelda Breath of the Wild 1000pc Puzzle

This The Legend of Zelda Breath of the Wild 1000pc Puzzle makes a great gift for fans of the hit video game franchise. It will present a different challenge than playing the game. There are 1000 pieces of puzzle and when it all comes together, […]

The Skyrim Shout 1000pc Puzzle features the Dragonborn. A Dovahkiin is looking to the sky and using the Thu’um. This puzzle is not only a fun challenge, but when it all comes together you have a beautiful image from one of your favorite games. This […]