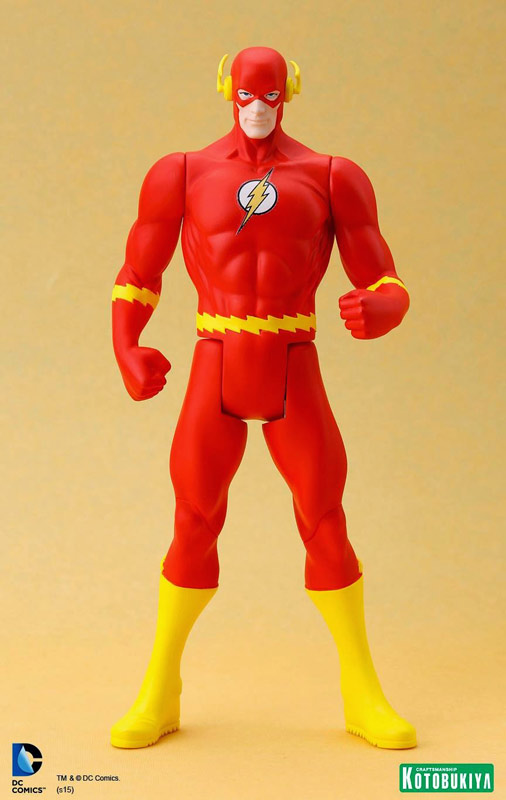 The Scarlet Speedster is ready to race into retro action with the Flash Super Powers Collection ArtFX Statue.

Standing approximately 7 3/4-inches-tall, the non-articulated statue is modeled after the vintage Flash Super Powers action figure from the 80s. While it’s based on the old Kenner figure, the statue has been enlarged to 1:10 scale and has magnetic feet for added stability. Sadly, unlike the Superman and Green Lantern Super Powers statues, the Flash doesn’t come with any alternate pieces to simulate his power action move.

The Flash Super Powers Collection ArtFX Statue will be available December 2015 but it can be pre-ordered now for $29.99 at Entertainment Earth.