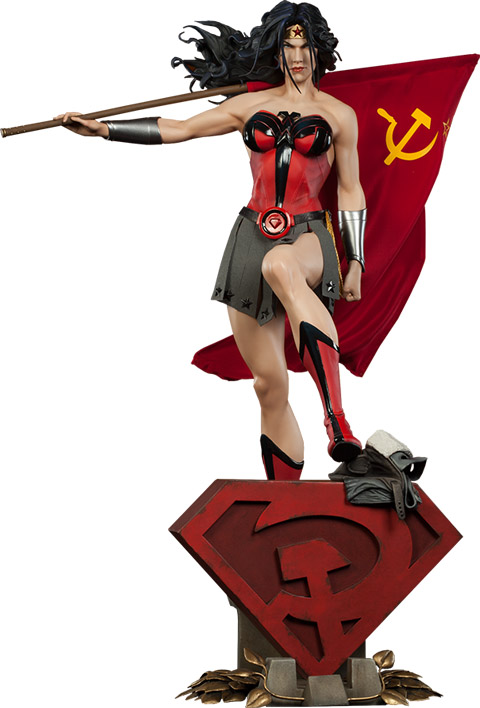 Joining the Superman Red Son Premium Format Figure is the Red Son version of Wonder Woman, the Amazon warrior who ventured out into the world of Man to assist the Comrade of Steel in expanding Soviet influence throughout the world.

The 22-inch-tall statue features Wonder Woman wearing a red and grey costume and carrying a flag with the hammer and sickle. At her feet lies the mask of the fallen rebel and freedom fighter, Batman.

The Wonder Woman Red Son Premium Format Figure will be available Jun 2016 – Aug 2016 but it can be pre-ordered now for $469.99 at Sideshow Collectibles.

Lies They Teach in School Book

Just in time – actually a little early – to celebrate the Amazon’s big screen appearance in Man of Steel 2 comes the Wonder Woman Premium Format Figure, and it looks like WW is prepared to kick some serious butt. With a spear across her […]