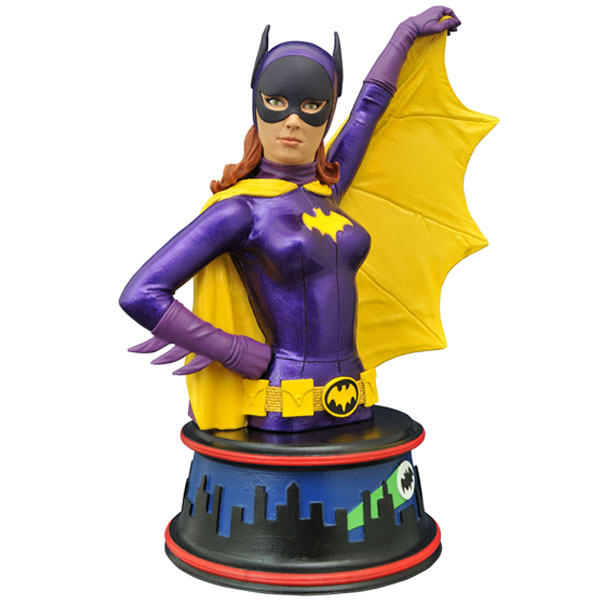 Put your lace-edged Batcycle back in its secret hidden elevator and make room for the Batman Classic 1966 TV Series Batgirl Mini-Bust.

During the third season of the classic 1966 Batman television series, Yvonne Craig rode into Gotham City as Batgirl. She was sexy, and she could hold her on in a fight, proving to everyone that she wasn’t a damsel in distress.

The Batman Classic 1966 TV Series Batgirl Mini-Bust will be available May 2016 but it can be pre-ordered now for $54.99 at Entertainment Earth.