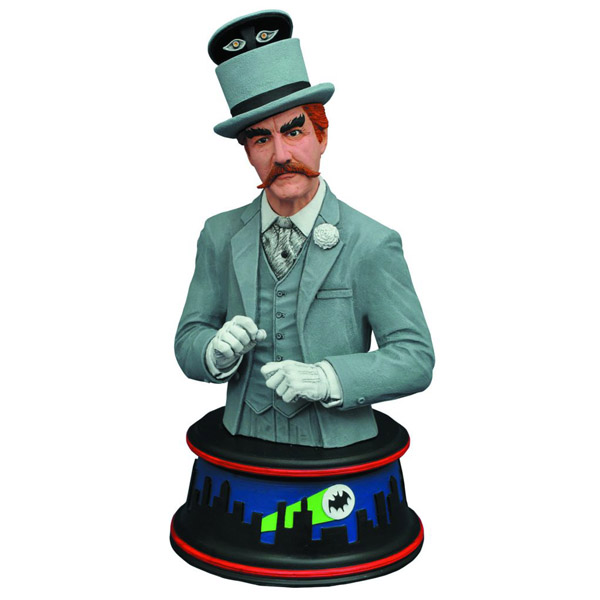 Bat-fans might flip their lids when they see the Batman 1966 TV Series Mad Hatter Mini-Bust because a collectible like this is too awesome to keep under your hat.

The Batman 1966 TV Series Mad Hatter Mini-Bust will be available February 2017 but it can be pre-ordered now for $49.99 at Entertainment Earth.

One of Batman’s oldest and most deadly foes is the Penguin. He definitely belongs in your Rogues gallery and this Batman 1966 TV Series Penguin Burgess Meredith Mini-Bust is the perfect way to add him. This 6-inch tall resin bust captures the likeness of Burgess […]