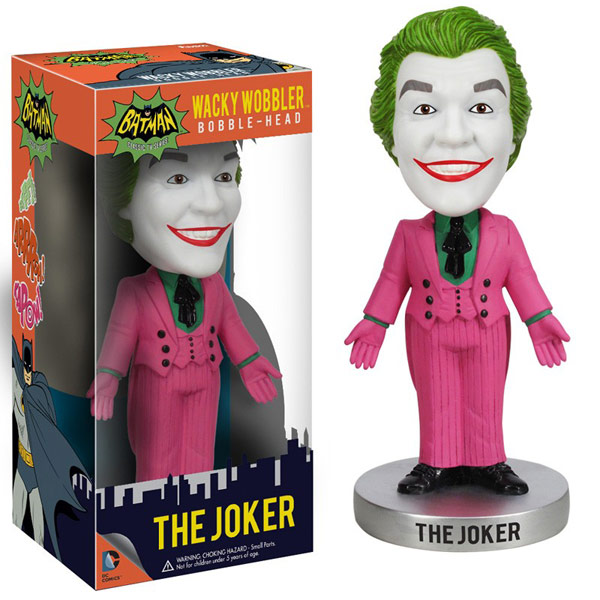 Batman fans will experience a blast from the past with this Batman 1966 TV Series Joker Bobble Head. Every actor that has ever played the Joker has out his own unique spin on the villain and for the 1966 TV series, it was Cesar Romero.

The show was goofy and this Joker was maniacal. Celebrate this version of the Clown Prince of crime with this awesome 7-inch tall bobble head. He will look great with your other Jokers and especially with your Batman collectibles from the 1966 show.

Fans of the 1966 Batman TV show will love this Batman 1966 TV Series Batmobile Bobble Head Vehicle. It is perfect for your desk in your man cave. I mean Bat cave. Put this fun toy on your desk and it will look just like […]