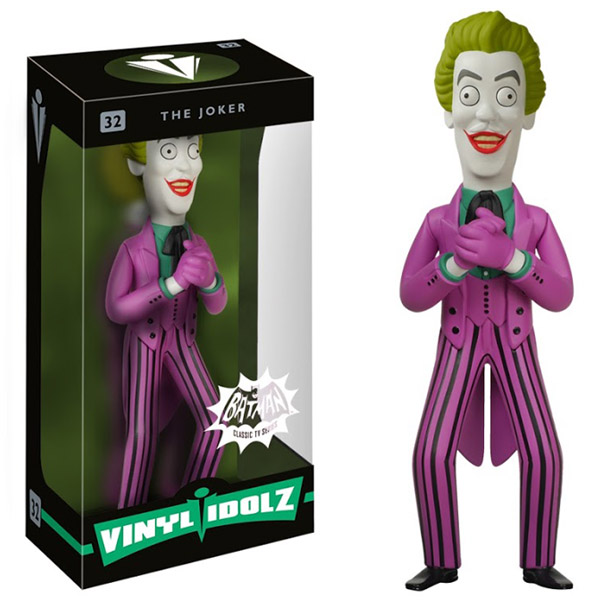 The joke’s on you if you don’t get this Batman Classic 1966 TV Series Joker Vinyl Idolz Figure.

Inspired by Caesar Romero’s performance as the Joker in the classic Batman television series, this Funko figure stands 8-inches tall and features the Joker clasping his hands together, excited about his latest plan to rid Gotham City of the Dynamic Duo. Sadly, he’s unaware of the fact that his master plan will be foiled in the next episode… at the same bat-time, on the same bat-channel.

As far as details go, this Joker gets everything right. If you look closely, you can see Romero’s mustache, which he refused to shave off for the show.

The Batman Classic 1966 TV Series Joker Vinyl Idolz Figure will be available November 2015, but it can be pre-ordered now for $19.99 at Entertainment Earth.

The Batman Classic 1966 TV Series Vinyl Idolz Figure has 99 problems but being dark and gritty ain’t one. Actually, this retro Funko figure doesn’t even have 99 problems. Just look at the expression on his face. He’s cool as a cucumber, and why not? […]

The guy with bats in his belfry battles a man who is truly out of this world with the Batman v Superman Dawn of Justice Vinyl Idolz Figures. Never before has a battle between a billionaire and a reporter been so epic, and never before […]