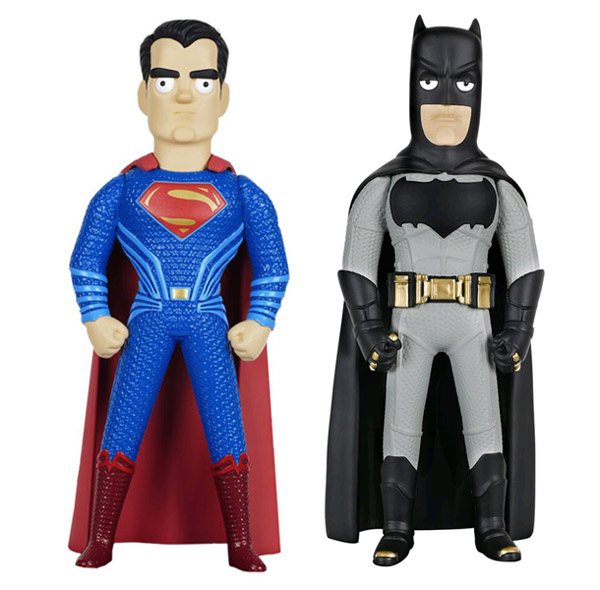 The guy with bats in his belfry battles a man who is truly out of this world with the Batman v Superman Dawn of Justice Vinyl Idolz Figures.

Never before has a battle between a billionaire and a reporter been so epic, and never before have they looked so non-threatening. Standing approximately 8-inches tall, the Man of Steel and the Dark Knight get transformed into Funko’s Vinyl Idolz. Batman is looking pretty tough. Superman isn’t bad but I think someone overdid it a bit with the texture on his suit.

The Batman v Superman Dawn of Justice Vinyl Idolz Figures will be available April 2016 but they can be pre-orderd now for $19.99 each at Entertainment Earth. Choose between Batman and Superman.

Fans of Mel Brooks will be shouting ‘It’s alive’ with these Young Frankenstein Vinyl Idolz Figures. Do the Monster Mash with Vinyl Idolz versions of Gene Wilder, Marty Feldman, and Peter Boyle as Dr. Frankenstein (it’s Fronkensteen), Igor (Eye-gor), and the Monster from the classic […]

The Batman v Superman: Dawn of Justice Batman Pop! Vinyl Figure is ready to make the Man of Steel bleed because nobody – and I do mean nobody – tells the Bat to ignore the Bat Signal. Based on Ben Affleck’s portrayal of Batman in […]