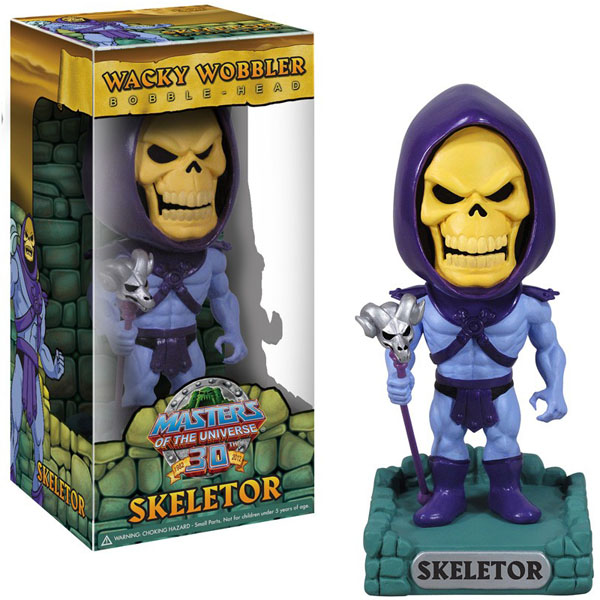 He-Man is one of the classic cartoons from the 80s and Skeletor was the perfect villain. All he wanted to do was rule Eternia and learn the secrets of Castle Grayskull. Give the guy a break, he has no face 🙂

Funko’s seven inch Skeletor Wacky Wobbler Bobble Head is the perfect accessory for fans of the classic cartoon, or anybody that just wants to have a really cool bobble head.

You can per-order the Skeletor Wacky Wobbler at Entertainment Earth for $12.99 and at Amazon.com for $14.99. It should be available January 2013.

Masters of the Universe Skeletor Life-Size Bust with LED Eyes

Masters of the Universe Skeletor Plush